Phuket - Too many tourists 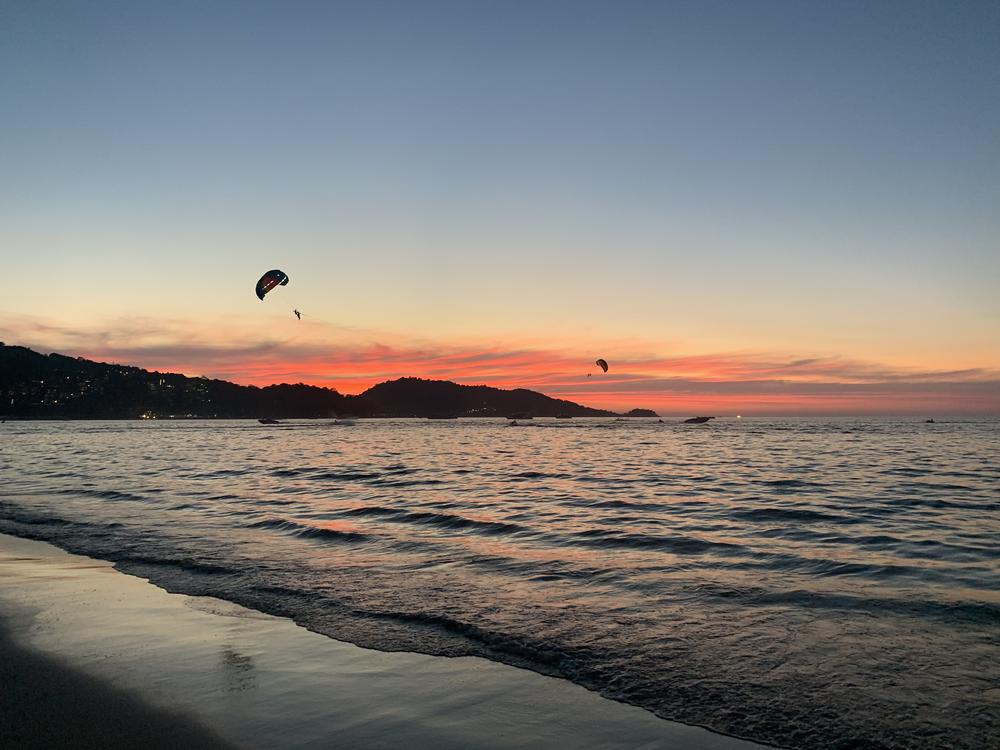 completely recovered from the tsunami

The island of Phuket formerly derived its wealth from tin and rubber and was one of the major trading routes between India and China. In recent times, Phuket earned its most money through tourism, which has transformed the island into Thailand's wealthiest province.

Phuket is one of the most visited tourist destinations in Thailand and was badly hit by the tsuami in 2004 which cost the live of around 250 people.  It lies in Southern Thailand, on the west-facing Andaman Sea coastline.

From Koh Tao, an island in the east of Thailand, we took the night ferry to Phuket, my last stop in Thailand.  Already the arrival went pretty bad. The minibus, which brought us from the harbour to Phuket, drove forever in circles and already picked up drivers for the return trip without dropping us off before. I had to shout at him. It takes a lot to make me loose my temper, but on top of that, I was pretty tired and fed up. Shortly after he let us out. A long and tedious trip. At 8pm we left the hostel in Koh Tao and arrived in Phuket the next day at about 2pm. Almost 18 hours!

We got to our hostel, the BeachPackers, that was located in the middle of a market and very close to the center and Patong beach. It was brand new and clean but the beds stood very close to each other.

Useless public transport, too much traffic

Unlike the provinces in central and northern Thailand, public transport in Phuket is not very developed. There are bus services from individual towns and beaches to Phuket Town. But if you want to go from Patong beach directly to another beach, then this is not possible with public transport. So many people have a scooter here and even though you think it doesn't take long to get from one place in the island to another, you are wrong. It is the largest island of Thailand (48 km long, 21 km wide) and there's quite a lot of traffic.

Phuket is the most commercialized place in Thailand that I have visited. The Thais here are not as nice as in the other places, they are more interested in getting the money out of your pockets. Also the prices are much higher. It took us quite some time to find a fairly affordable lunch, for that we had to walk far away from the main road.

Phuket is also known for the Bangla road near the Patong beach, which is full of strip clubs & bars where dozens of tourists stroll through at night. The Thai people in front the bars try to attract you aggressively. Often you can also see the typical Thai ladyboys mostly in high heels and extremely sexy clothes.

Also some people advertise a "Ping-Pong-Show". During this performance a woman shoots ping-pong balls or other objects out of her vagina. Wicked!

All the clubs we visited, however, I didn't like them, too commercial with shitty hip-hop music and too many people trying to be super cool. On top of that I later lost my group. When I met them again one of my friends was totally drunk again so I brought him back to the hostel.

The next morning we visited Patong beach. The beach is full with tourists. Especially Russians love Phuket, some signposts are even in cyrillic script. The water is much dirtier than in the previous Thai islands. The prices are higher and everything is more commercial.

Everywhere you can see tourists paragliding. The locals jump on them as tandem partners in all daring without any protection.

The last day I spent alone, because my friends had to fly back to Bangkok. My flight to Malaysia was not scheduled until the morning of the next day. In the evening I enjoyed the last night in Thailand in the Bangla Street and watched an artistic sexy dance performance of a Thai lady on a ring that was hanging in the air.

Conversations with a stripper

Later on I had a conversation with a stripper (which could you also take home but I didnt). I wanted to know what made her want to take up this profession. I bought her a few drinks, lady drinks as they are called. These drinks are more expensive than ordinary drinks, because the bar and the girl get money from that.

The girl started this career because her boyfriend had left her and she wanted to make money. An easy way out, she was just around 20 years old. She also wore a band-aid on her nose because a jealous wife threw a bottle on her head when she saw him with her husband. I don't know exactly how it went, because her English wasn't very good.

Thailand - A great country for tourists

In total I spent 3.5 weeks in Thailand and I hope to visit the country again soon to be able to visit the north. The people are smiley, polite and have a cool sense of humour. The food was also very good, especially the fruity-hot papaya salad or the great curries. The beaches also look great and the temperatures are pleasant and warm.

On the other hand, Thailand should be careful not to overstretch the number of tourists like in Phuket or Koh Phangan. Sometimes you can already see the consequences: dirty sewage on the beach or plastic garbage in places where nobody should see it. 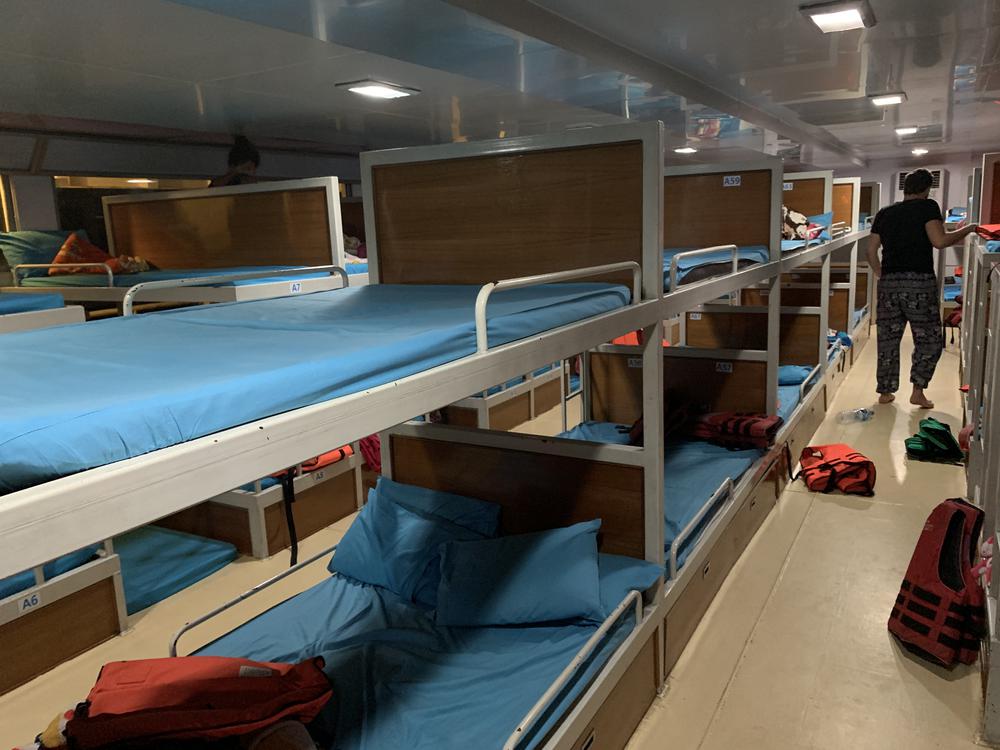 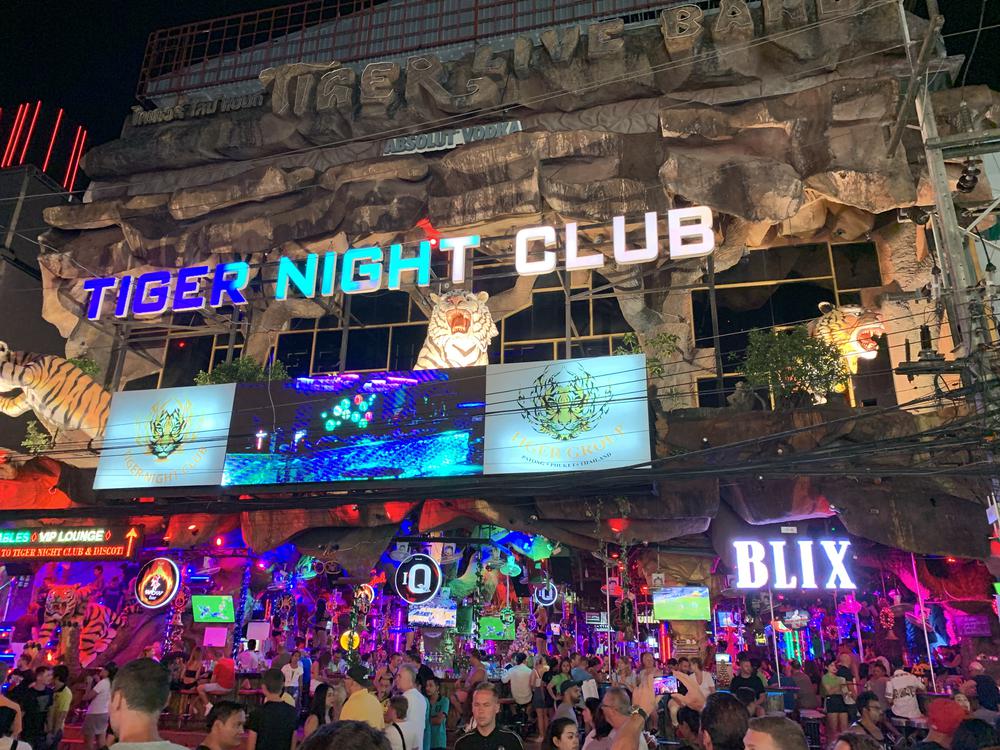 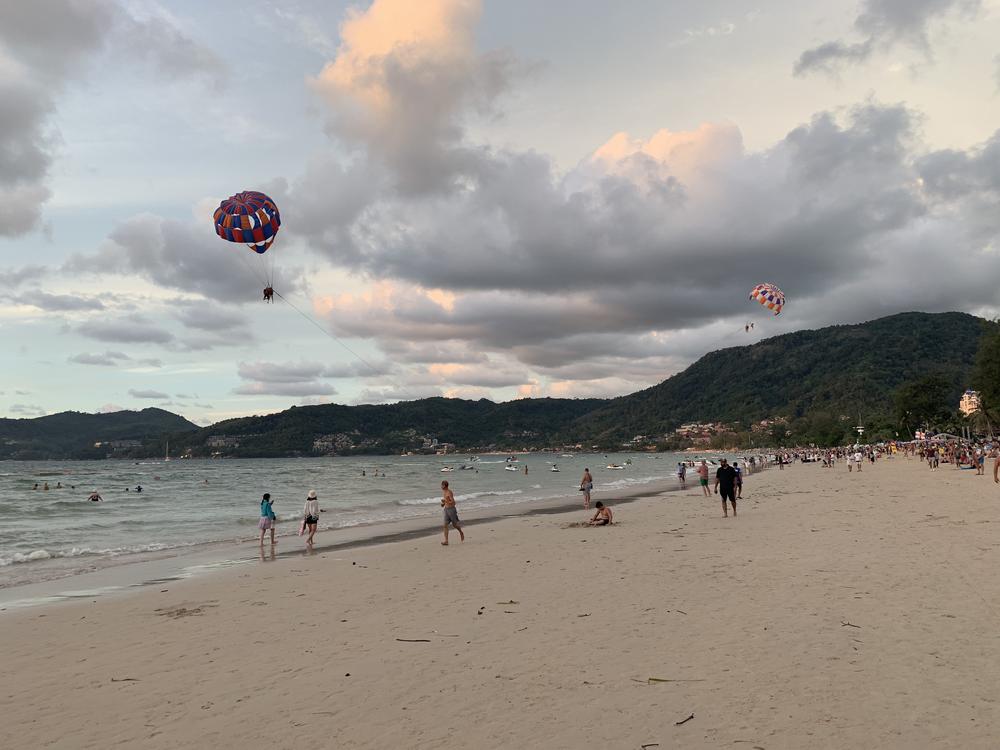 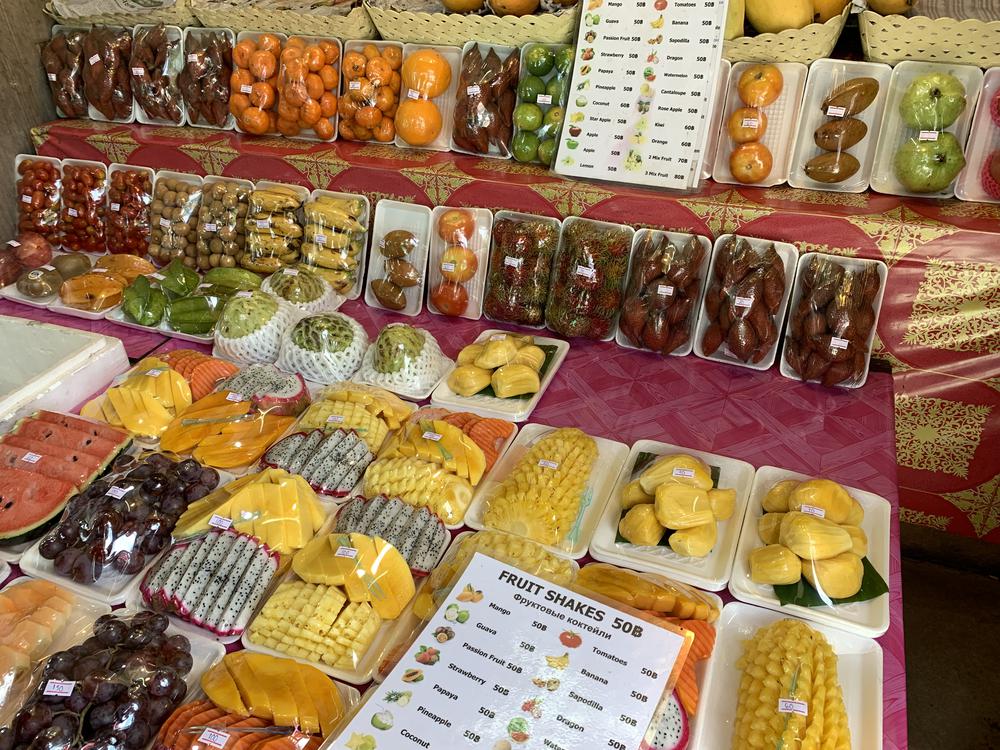 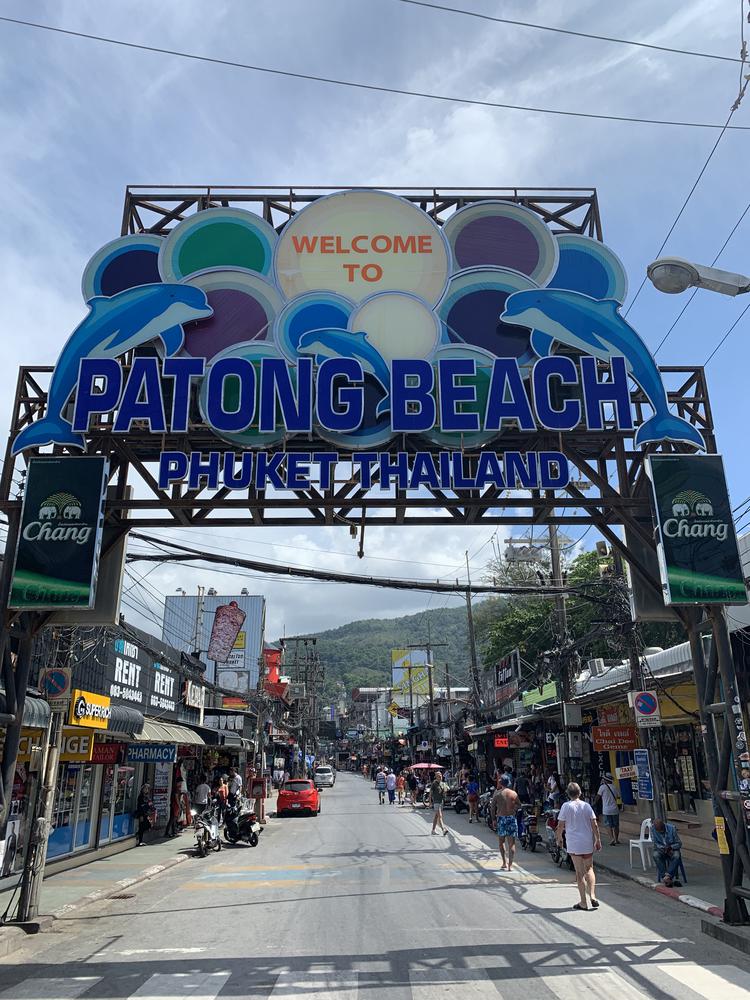 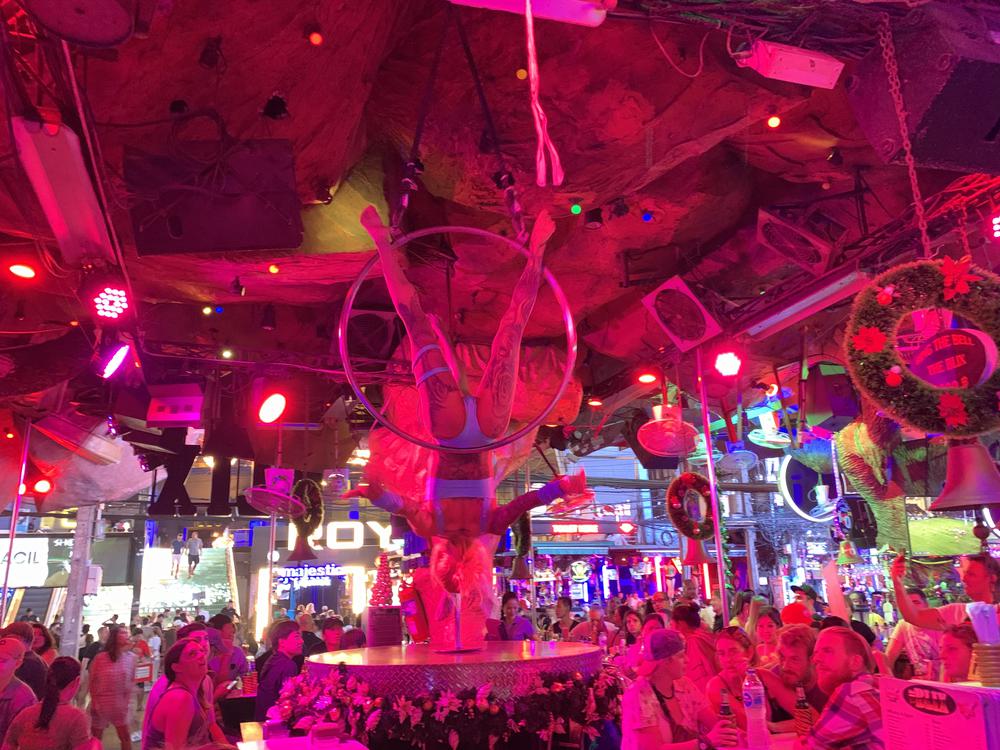