Bangkok (I) - Arrival to the most visited city in the world 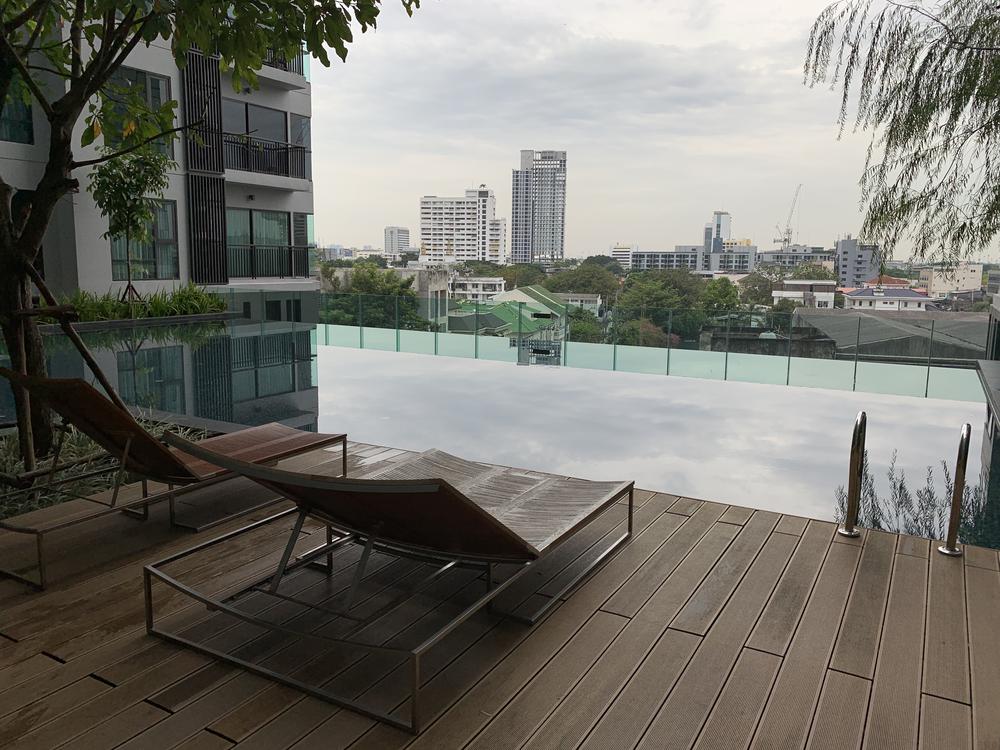 Just before Christmas I set off for Australia. There I wanted to start my one year working holiday visa at the latest in mid February of the following year. So I had about 2 months left to see a little bit of Southeast Asia, which is practically on the way.

My first destination was Thailand. In 2019 40 million tourists visited the country, about half as many as the country has inhabitants. The many visitors enjoy above all the magnificent Buddhist temples, the crystal clear beaches, the great food, the friendly people and the warm temperatures. A dubious reputation enjoy the many red light districts and ladyboys, which draw many (old) men here for sex holidays.

Bangkok - the most visited city in the world

The capital of Thailand and by far the biggest city of the country is Bangkok, where I landed first. Bangkok is the most visited city in the world.  Today the city is a regional power in the fields of finance and economy and an international hub for transport and health care as well as for art, fashion and entertainment.

Over 8 million people live here. Growth paired with little urban planning has led to a confusing cityscape and inadequate infrastructure.  An inadequate road network despite an extensive expressway network, as well as considerable private car use, had led to chronic, crippling traffic jams that caused air pollution.

Flight gets canceled on my way to the airport

Just as I was on my way to Prague airport, I received a call from an unknown number. Even the day before, a number had rung up that I did not know. I thought it was one of those scam schemes that make money by answering the call and didn't answer it first.

This time, however, I picked up the phone and at the other end an Aeroflot spokeswoman answered. "Your flight from Prague to Moscow has been cancelled", she said.  "Is it possible for you to take a flight earlier, otherwise you won't be able to make your connecting flight ton Bangkok in Moscow", she asked me.

Fortunately, I actually arrived at Prague airport early enough to board an earlier Aeroflot flight. Like that I even had a little more time at the Moscow airport. When I got out of the plane, icy temperatures awaited me. The Moscow airport Sheremetyevo fascinated me incredibly. You see people from all over the world and also from the many exotic Central Asian republics, from which I have never seen people before.

Almost 8 hours later my plane landed in Bangkok, where I was greeted by a hot and humid wall as soon as I left the plane. The thermometer showed just over 30 degrees, in summer it even rises to over 40 degrees.

Immigration went without problems and I reached my Airbnb in the Bangkok district Thong Lor. This is in the modern part of the city and belongs to one of the most exclusive districts and so you can see many high rise modern housing estates here.

Even though my arrival was almost 45 minutes late, my Airbnb host was still waiting for me downstairs. First the security guards had to take my fingerprints so that I could later open the building door by fingerscan.

The condo was a dream. Super modern in a brand-new high-rise called Rhythm Sukhumvit 36-38. Entry only with key card and finger sensor. My condo was on the 21th floor with a great view of Bangkok and everything you need: TV, kitchen, refrigerator, couch, big bed. And the best thing was the big pool and the fitness studio, which you were allowed to use publicly in the house. Furthermore it provided good location, close to the Skytrain, which is regularly driven to from the apartment by an own golf caddy. I allowed myself this luxury for 9 days.

Still exhausted from the flight

The first thing I did in Bangkok? Laying in bed after the exhausting journey. And then 2 hours later I went into town for a quick meal. I found a vegetarian restaurant in my app HappyCow and walked a few hundred meters to the main street. Bangkok has quite a few trendy vegetarian restaurants or coffees because of the many expats. Also for them they set up some Christian christmas decoration which looks a bit odd in such a tropical atmosphere.

I went straight back to bed and finally slept for almost 16 hours(!). The jet lag and the extremely muggy-hot climate made me tired. Furthermore Bangkok is a damn loud city. The streets are narrow and because of the many mopeds everything sounds super loud. And the moped drivers ride like savages. No wonder that Thailand is the country with the most road deaths (after Libya).

In addition, there is left-hand traffic, which was a total change for me as a mainland European. It took me some time to get used to it.

In Bangkok I was all alone because the two Thais I knew were not in the city at the time. Truly an arduous start, I had not even seen the sun in my first 3 days.

Meeting some Thais in my apartment building

The next day I went for a swim in the apartments's own pool. In the cool water I got to know a group of young Thais, one of whom lived in the house and was just getting a visit by her friends. Thais are very nice and like to get to know new people. They took me to a small market where we drank some bubble tea and saw some stand with snails - yikes! Later, they brought me to a cheap vegetarian restaurant in a shopping mall. In the evening they invited me to their apartment and the lady Sasha made pan-friend vegetables and the thai food Morning Glory, also known as water spinach.

Not a city for pedestrians

The next day I finally wanted to explore the city. I like to discover cities on foot, but in Bangkok that is not a good idea. I had quite a struggle with the climate in the first days, because I moved from my winter home to the extreme sultry hot South Asian heat. During the day you prefer to stay in air-conditioned rooms in Bangkok.

Moreover, Bangkok has an extreme traffic. This is characterized by countless mopeds that wind their way past the slow-moving cars. If you wanted to cross the road on foot, you better be able to run well. At most of the side roads there are not even footpaths.  On the big road called Sukhumvit I was walking on, there was a footpath, but there were also the tracks of the express train above me, which amplified the sounds of traffic in the echo. I endured this for not quite 3 hours before I returned to my apartment all exhausted. A rough start to Thailand but it got much better after it! 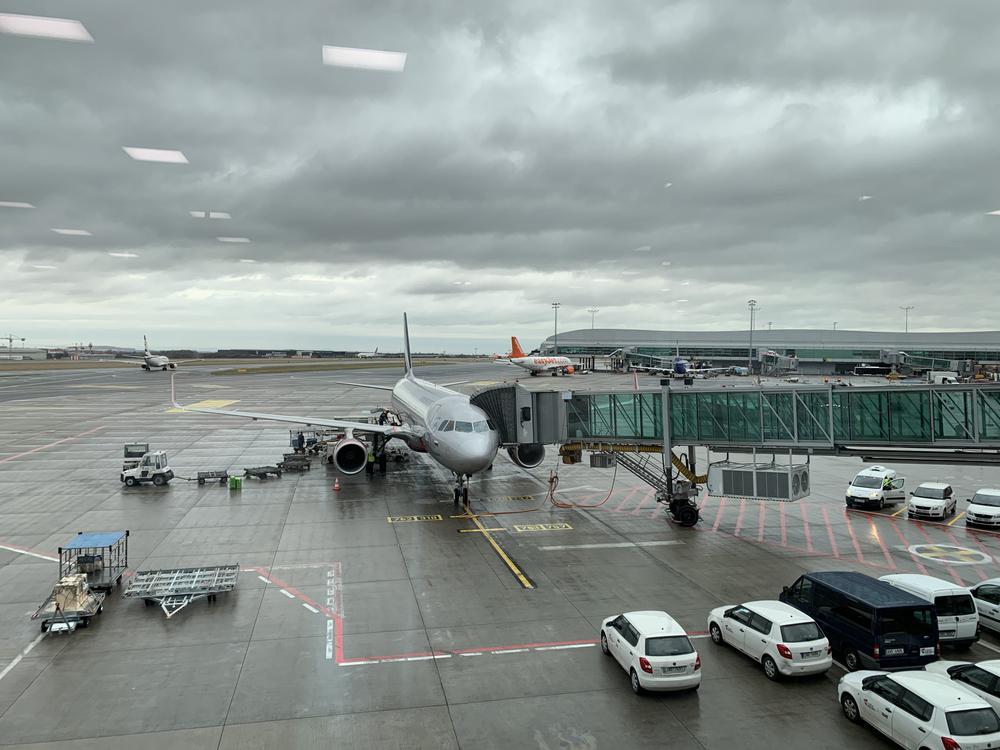 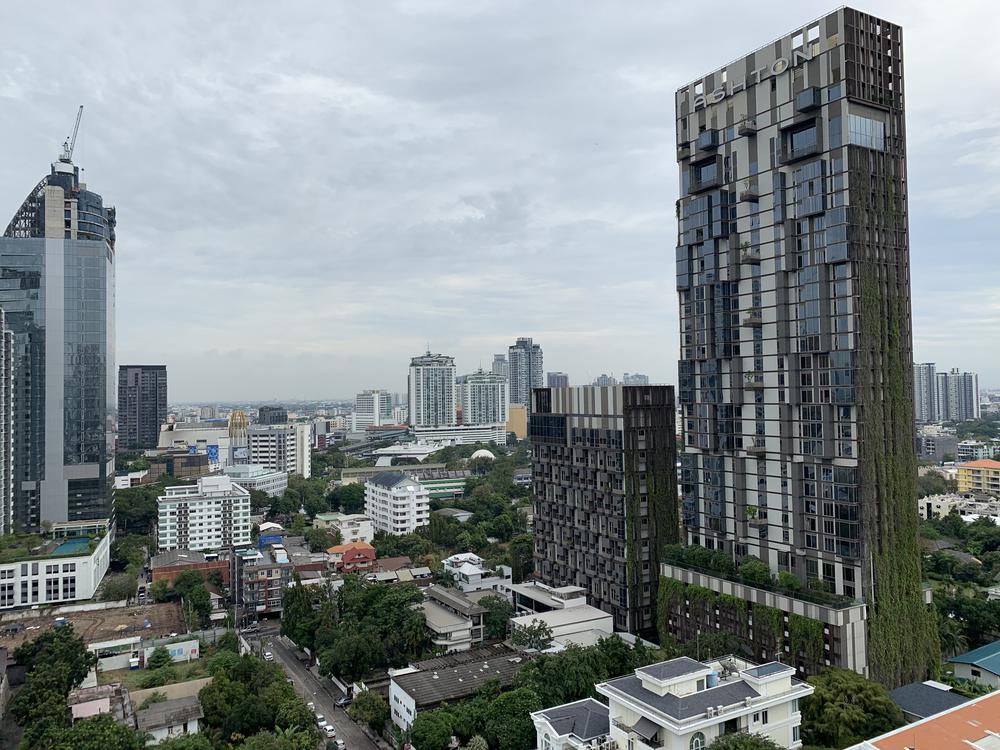 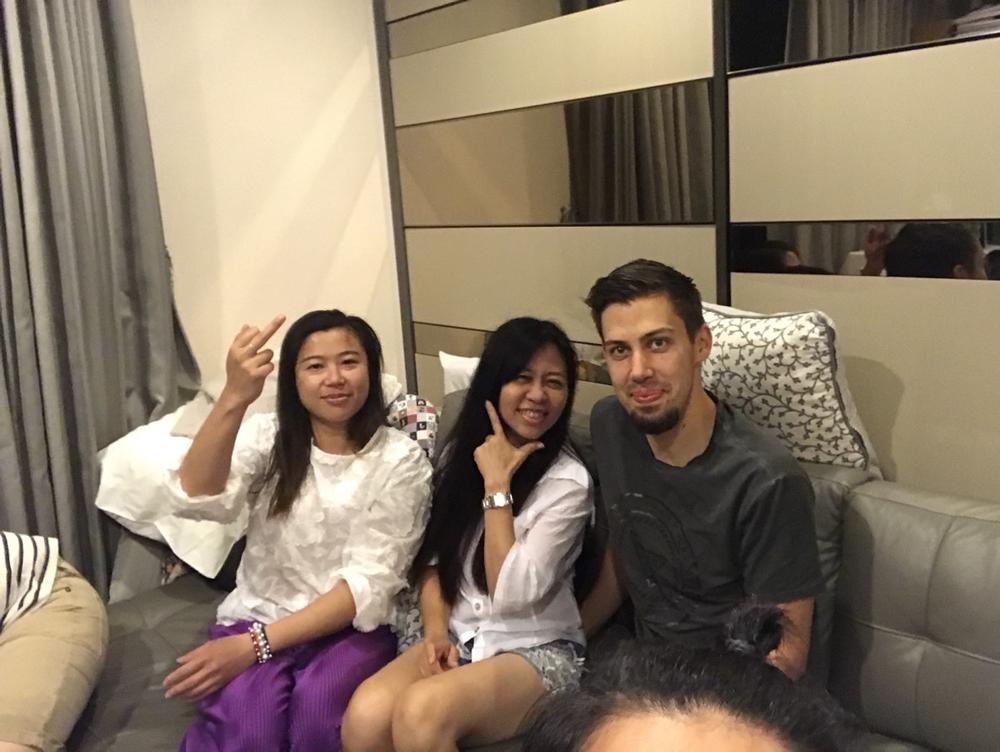 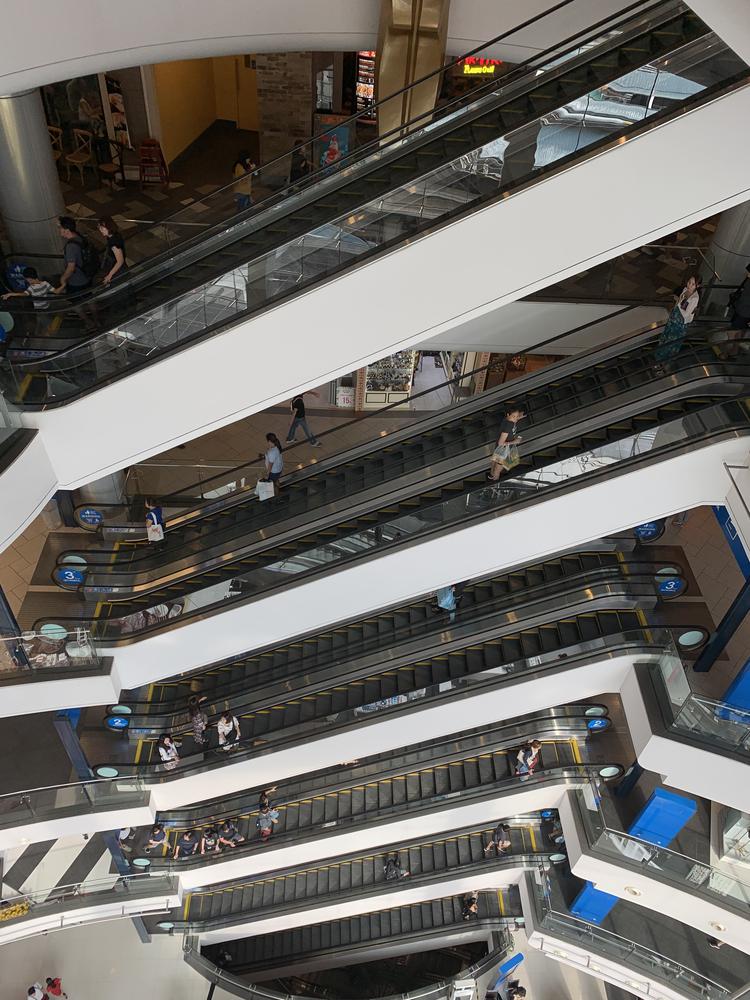 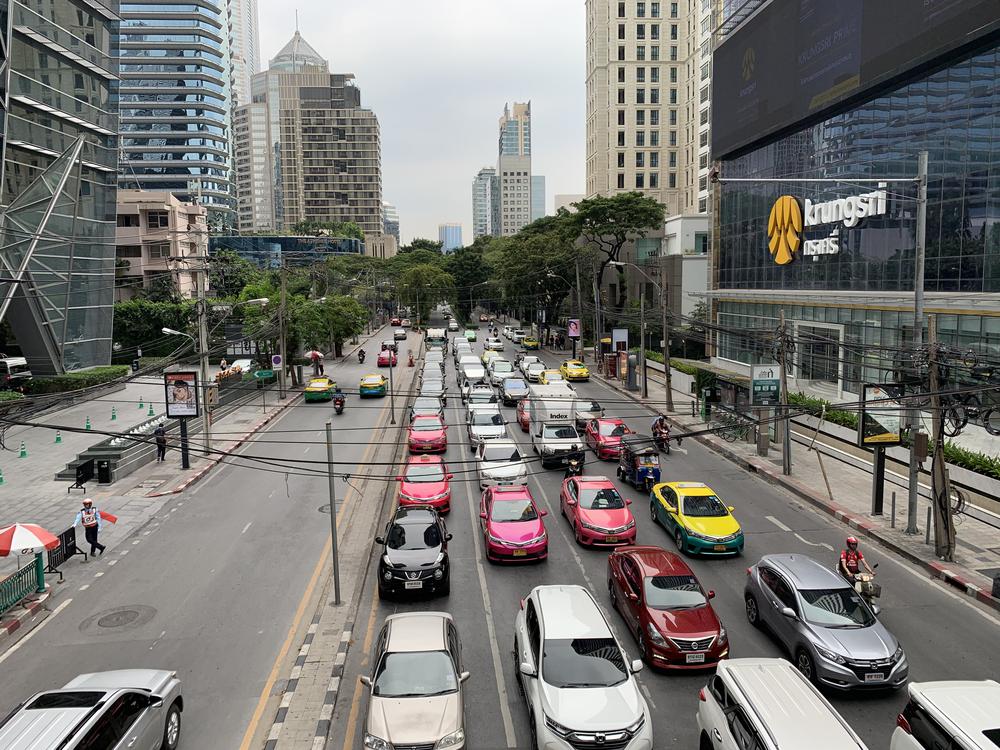 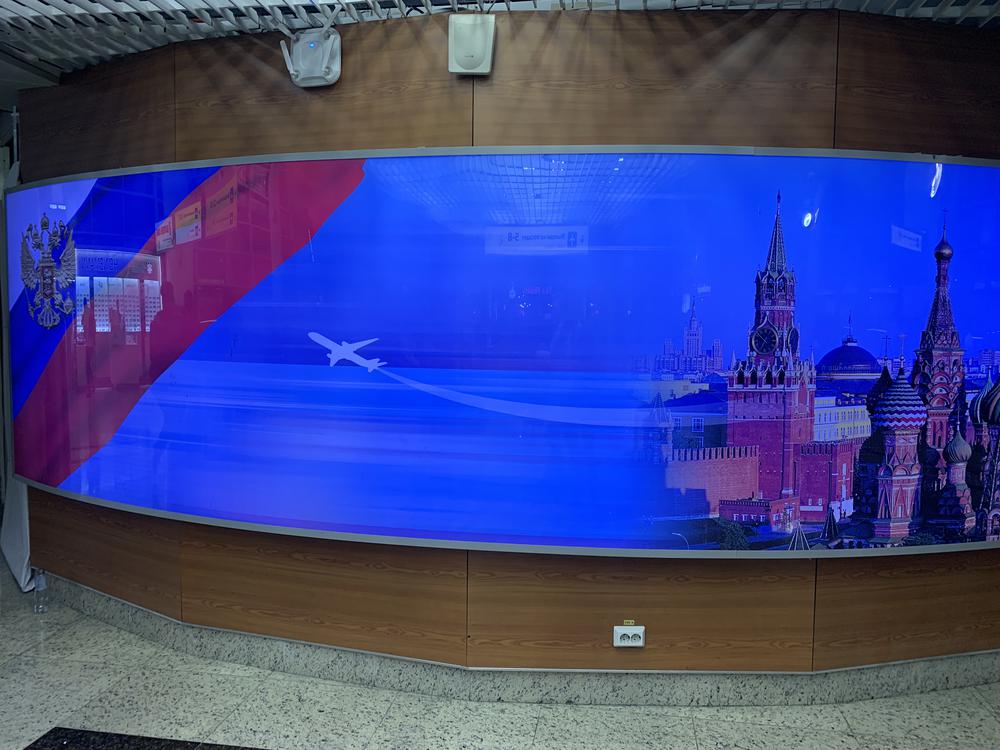 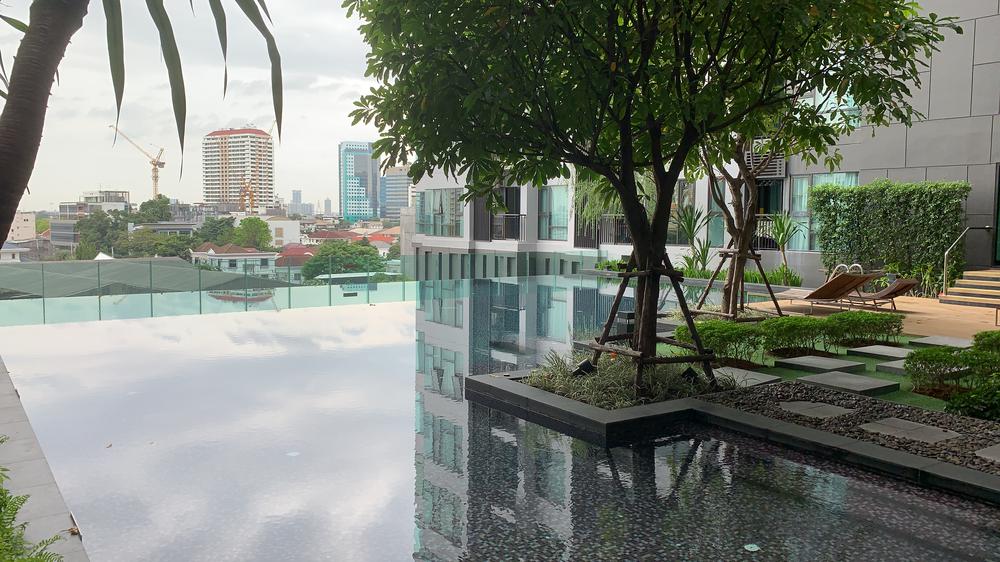 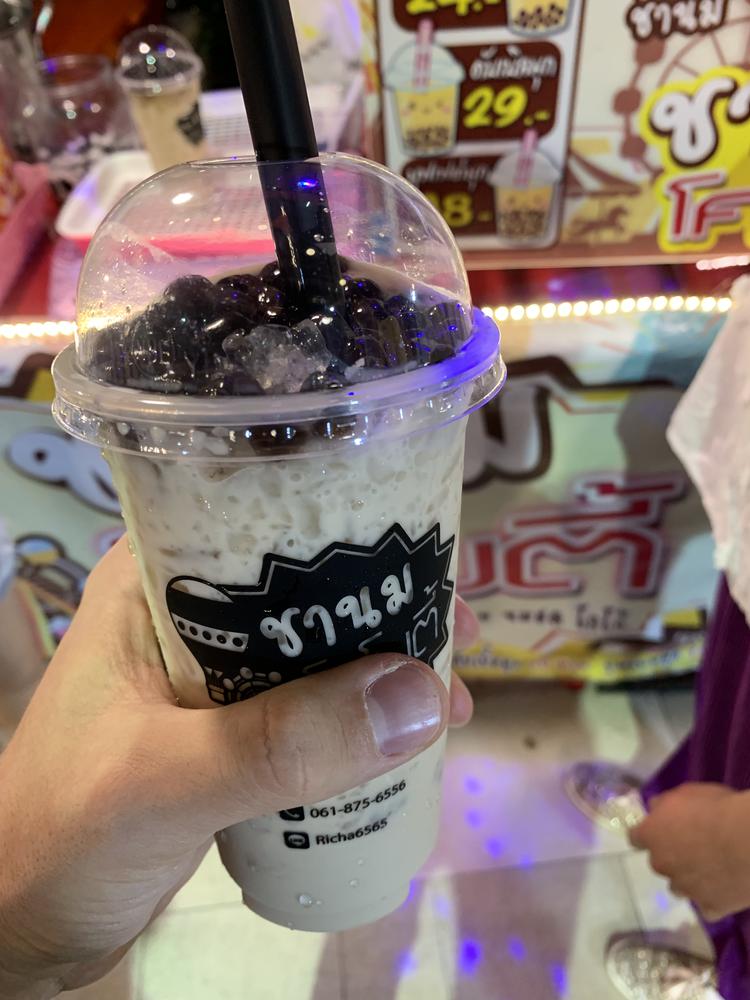 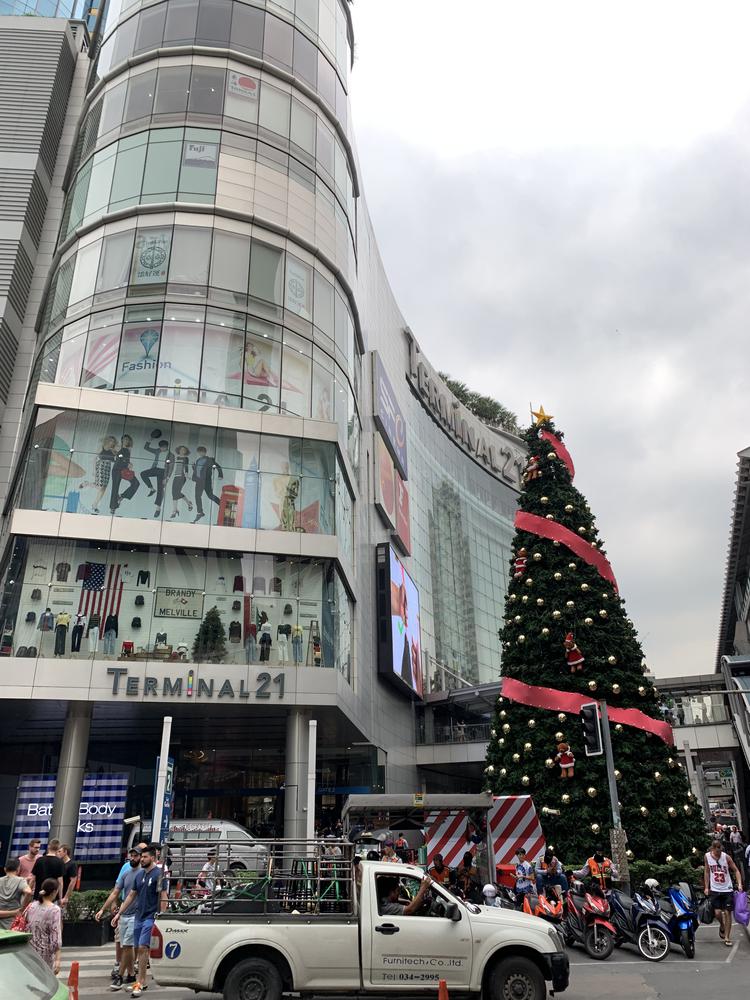 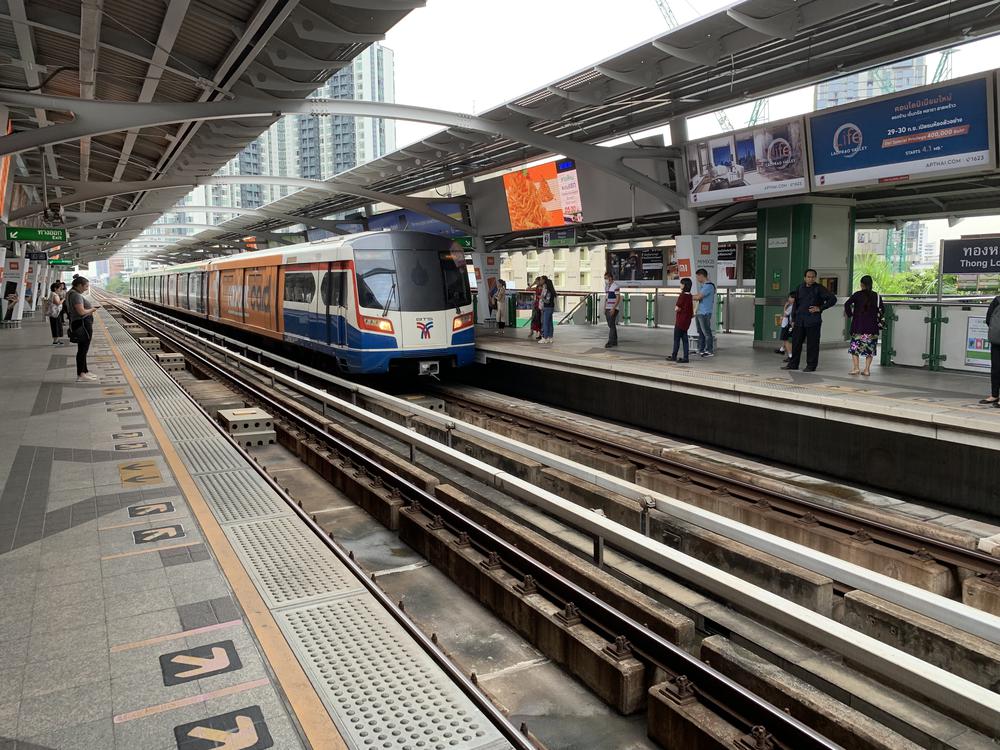 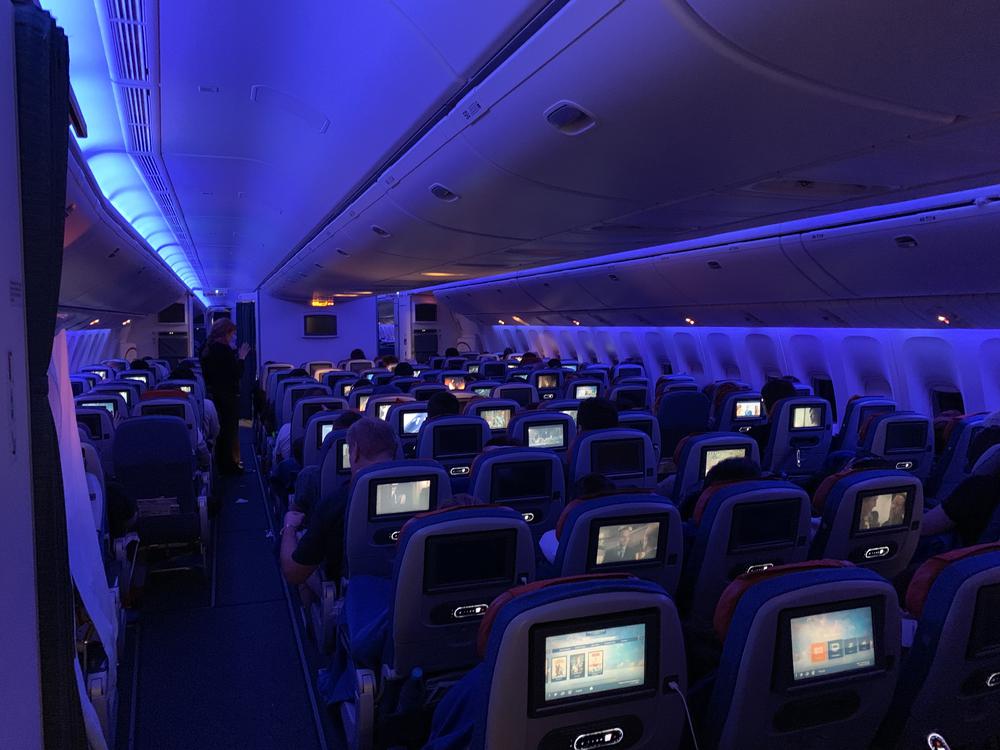 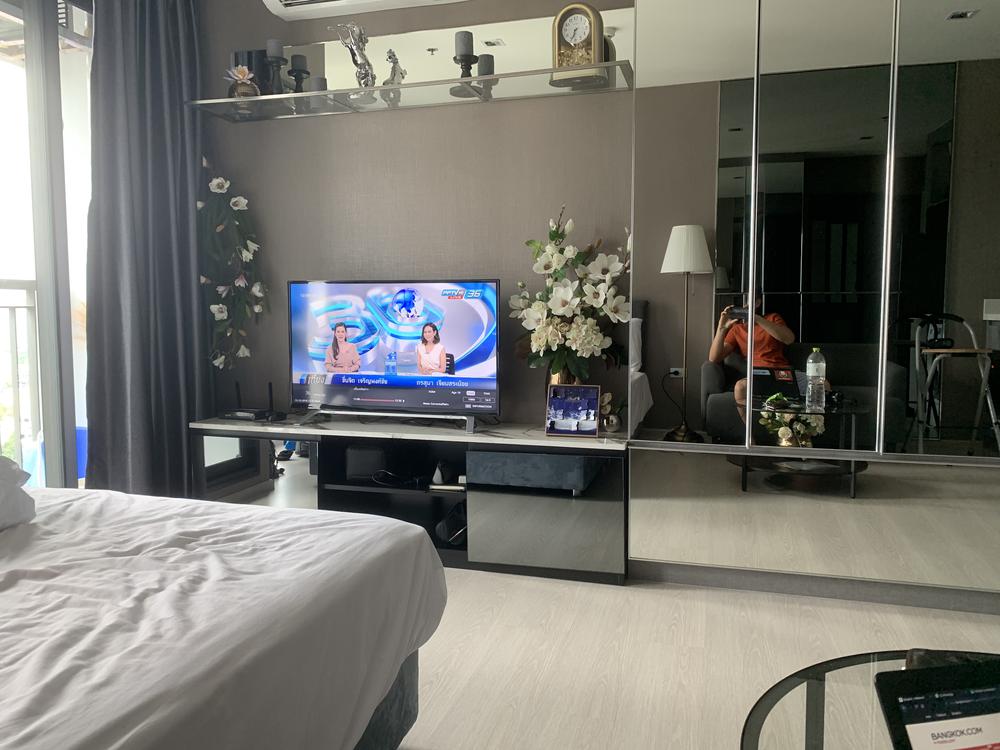 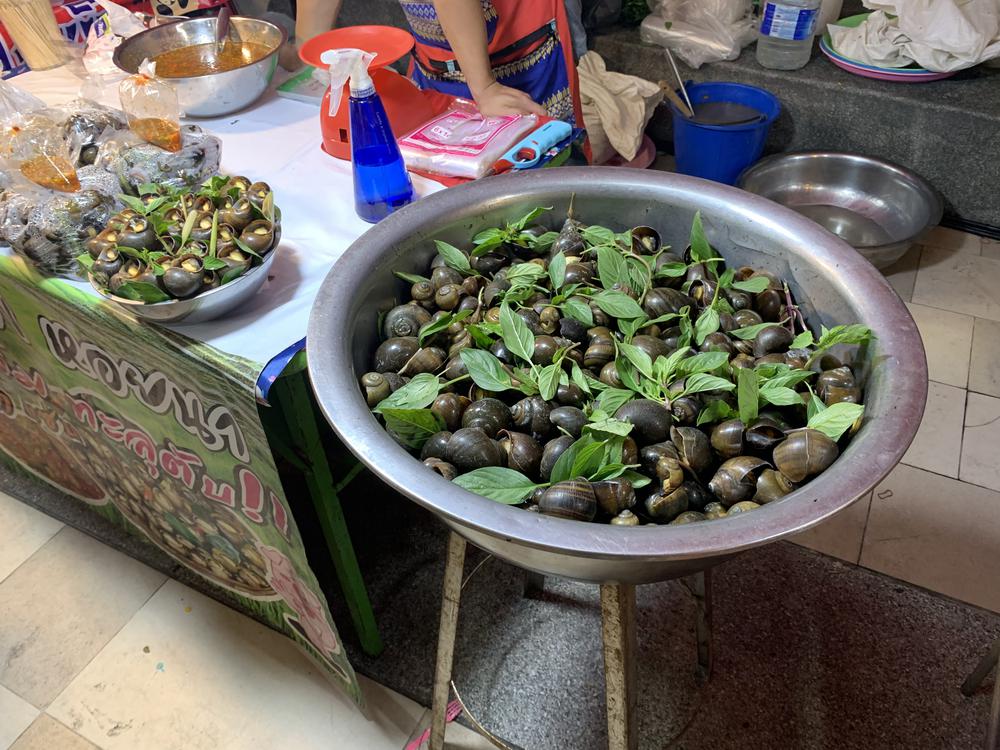 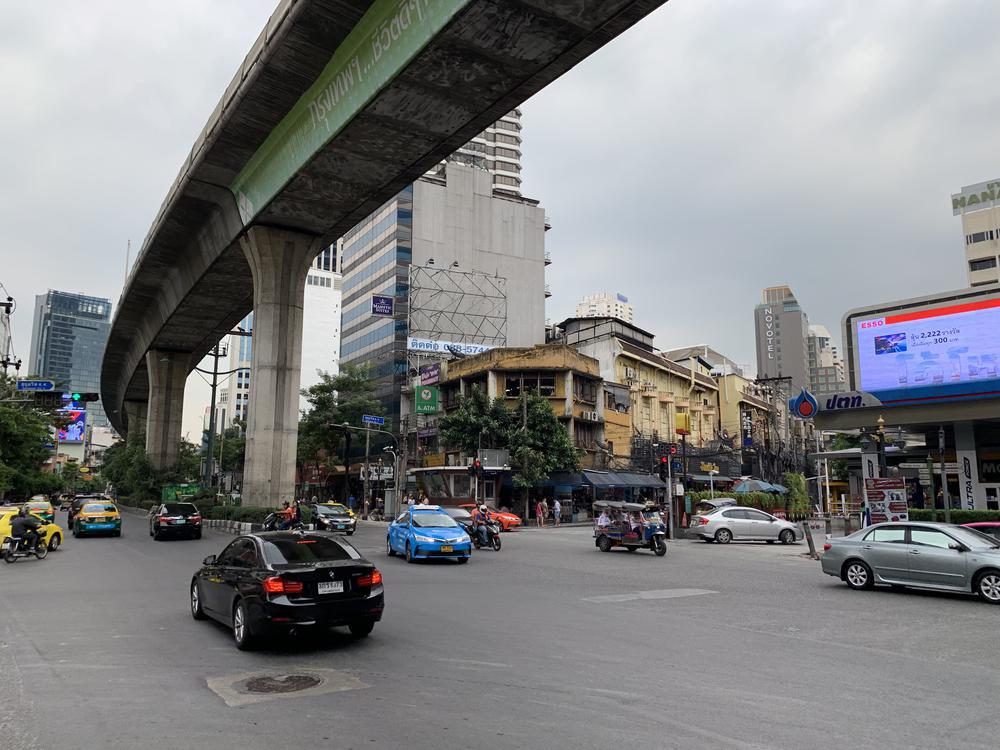 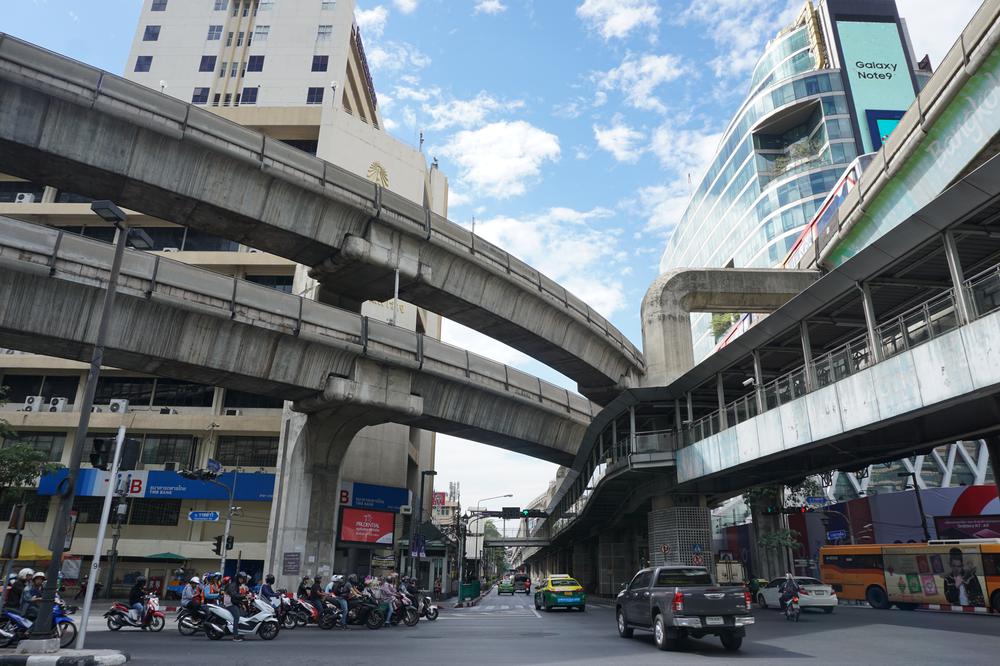 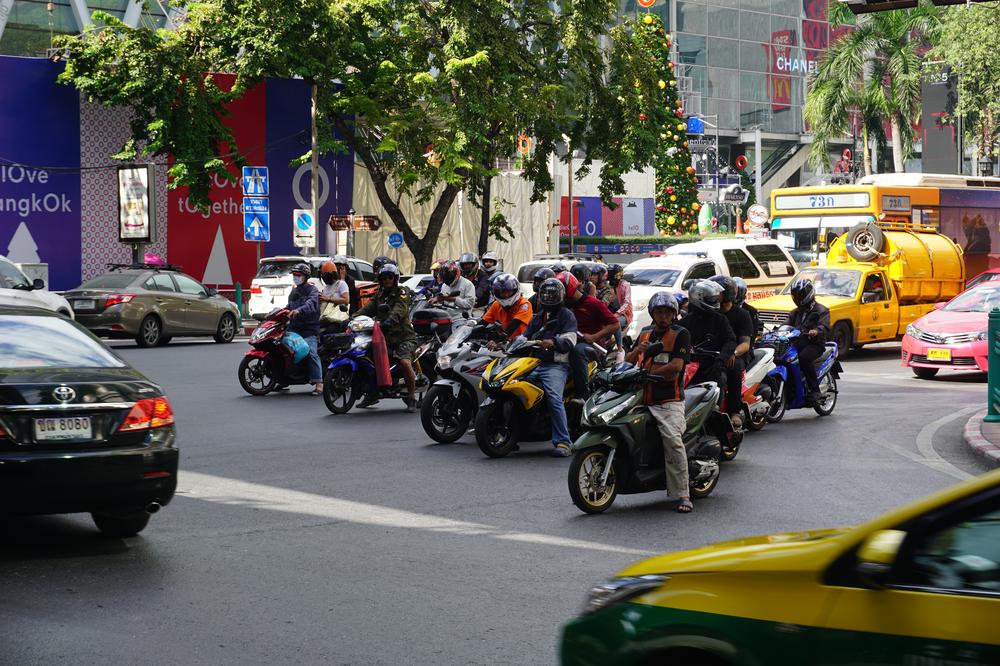