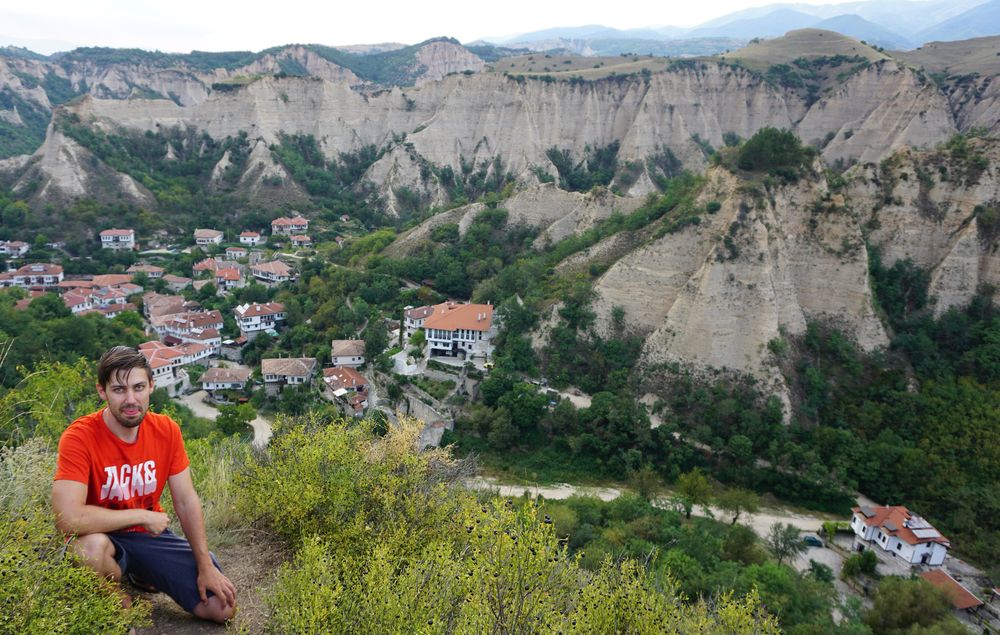 Visiting the city where my mother was arrested

Together with my Bulgarian globetrotter friend I drove from Sofia to Melnik. My mother associates dark memories with this place. As a citizen of East Germany her travel activities were limited to a few countries. Bulgaria was pretty much the limit when she travelled there in the late 1980s. As a hitchhiker, she was on board a Turkish truck at night.  However, as they missed the exit Melnik, they drove into the Greek border territory. This was not allowed for East German citizens.

Border officials stopped the vehicle and arrested my mother and her boyfriend for "illegal republic escape" even though they had no intention of doing so. They finally brought them to a prison in Sofia, where Bulgarian prison guards kept looking through the peephole of her cell to stare at her body, which was slightly covered with clothes because of the heat. They even accompanied her to the toilet for security reasons! Unbelievable! She actually avoided having to go to the toilet to escape this inhumanity. She was lucky in her misfortune when a punishment pardon was issued and she was released after 2 weeks.

The smallest town in the world

Luckily I chose the right exit, but I was travelling with a bus and a Bulgarian buddy. He didn't know the place Melnik at all before. It seems to be more popular with foreign tourists than with the Bulgarians themselves. The small town has only about 200 inhabitants, making it the smallest town in the world. The town became famous for its dark red Melnik wine. In addition, the city offers further sights for tourists with its sandstone pyramids and architecture in the style of the Bulgarian Revival. The atmosphere of the city is already clearly influenced by Greece.

For little money we both moved into a nice double room. Before going to bed we entertained ourselves a little bit with the Bulgarian music program, which flickered over the screen.  In every song Bulgarian beauties played sexy positions and hardly wore anything.

Wine tasting after a stunning hike

The next morning we walked 3 hours to the nearby RozhenMonastery, which is almost 500 years old and is considered one of the most beautiful in the country. It is one of the few medieval Bulgarian monasteries well preserved until today.  We enjoyed the wonderful view of the surrounding mountain ranges in best sunny weather. In the afternoon we tasted some of the local grape beverages in a rustic wine cellar back in the town of Melnik. Hmm tasty!

Afterwards we hiked up to a viewpoint where we could overlook the tiny town with the beautiful sandstone formations.

Good food for a cheap price

In Melnik they always offer red wine or honey. In one of the many restaurants we filled our stomachs for dinner. In Bulgaria you can eat well and a lot of food for little money. Among my favorites are the Shopska salad or Bob Chorba, a bean soup.

After 2 days in Melnik we continued our travel to the Rila monastery. 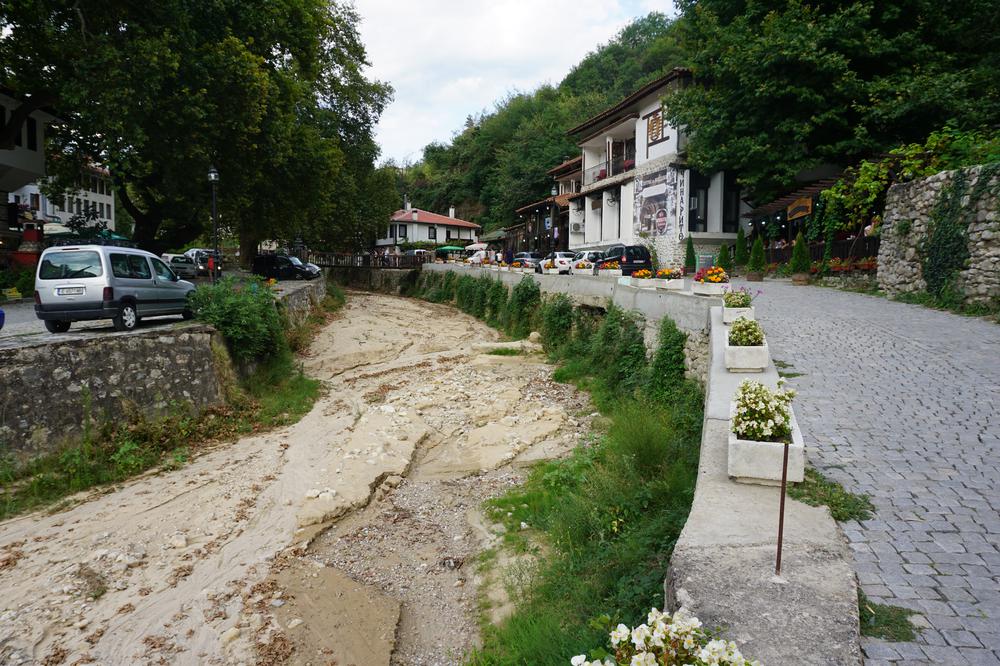 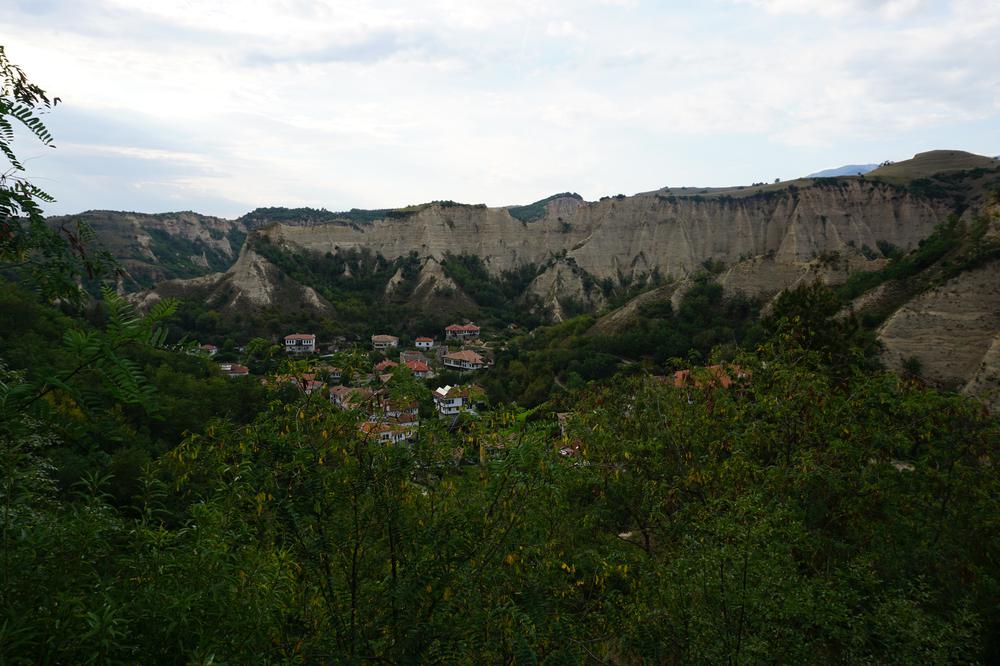 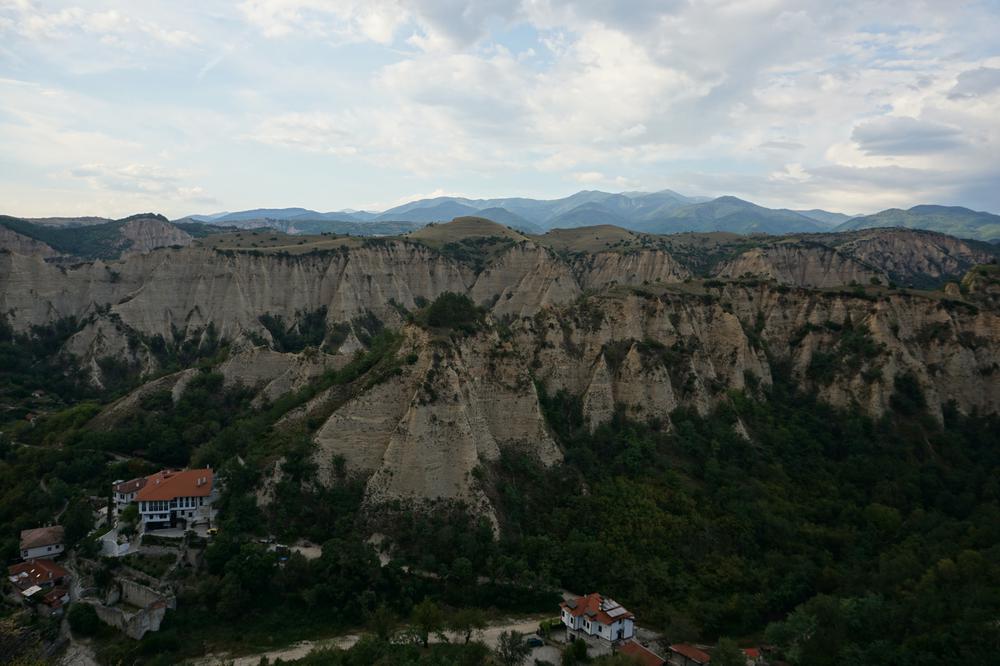 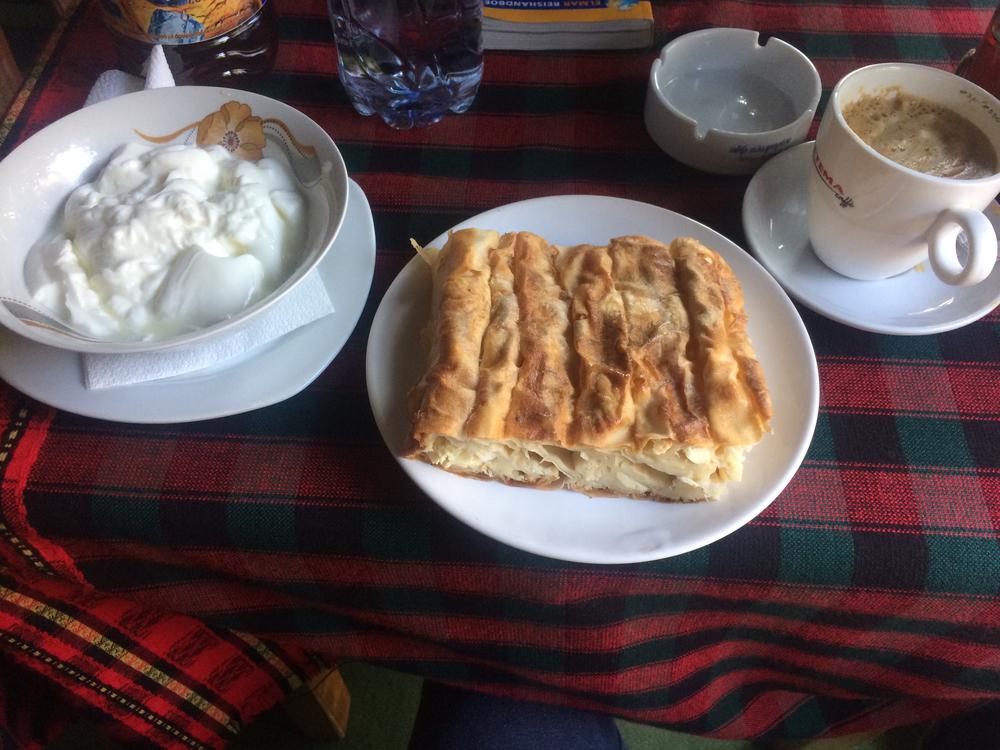 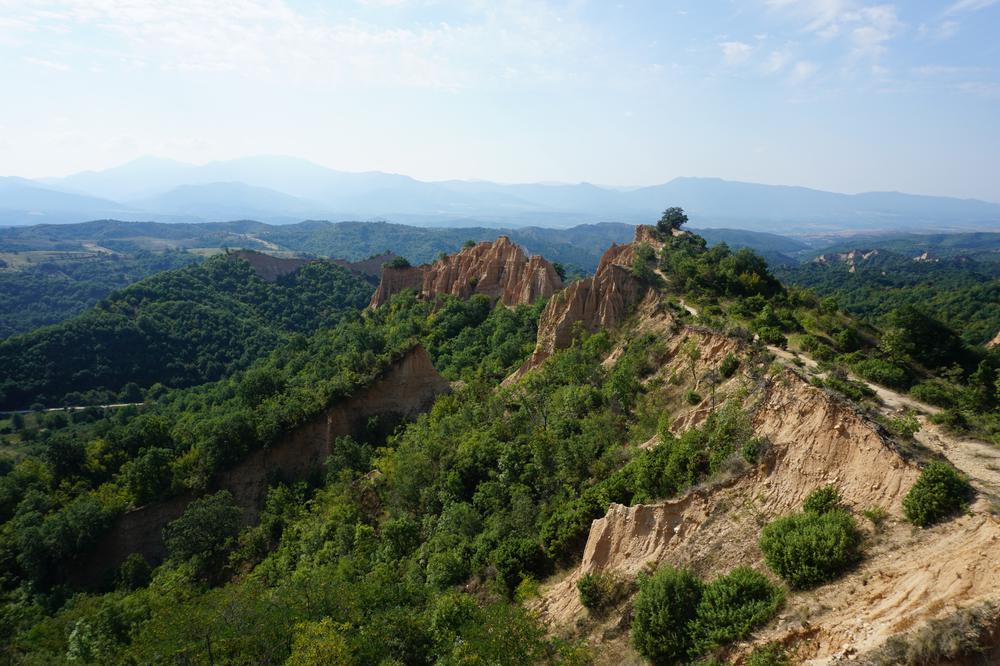 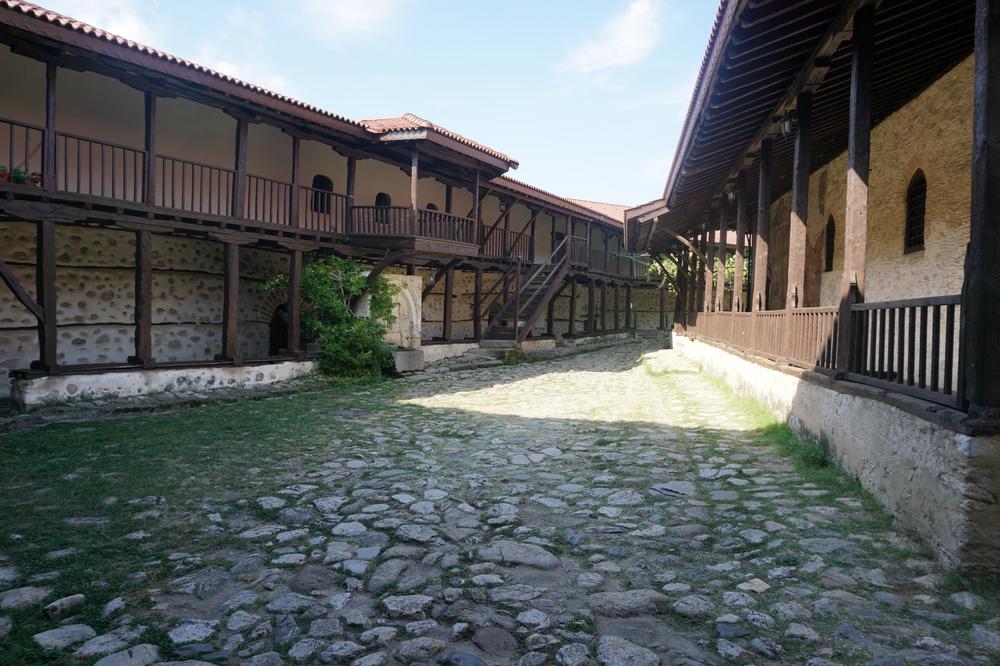 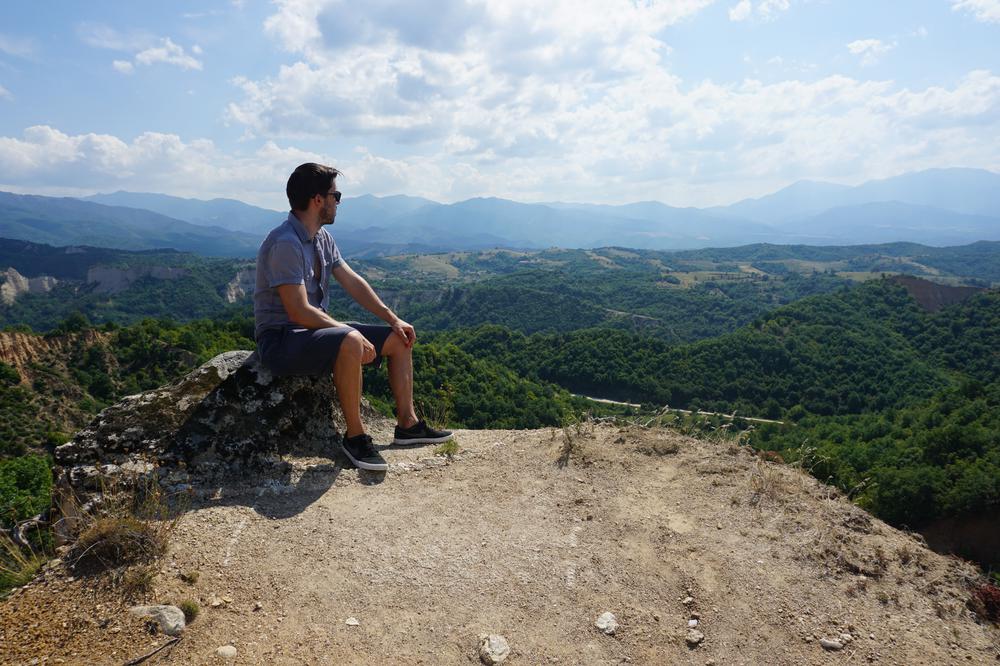 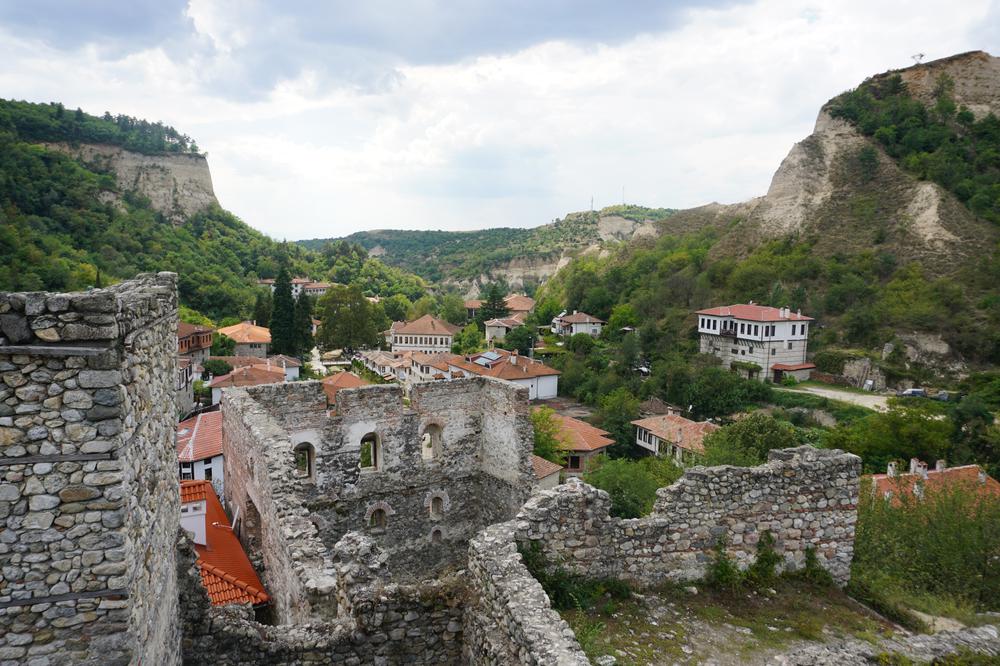 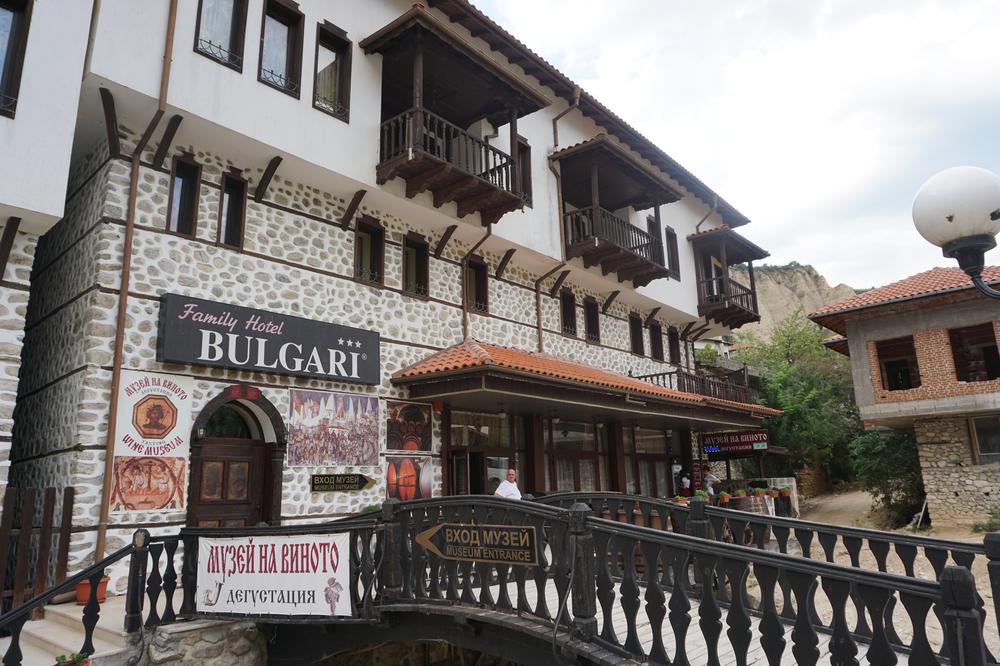 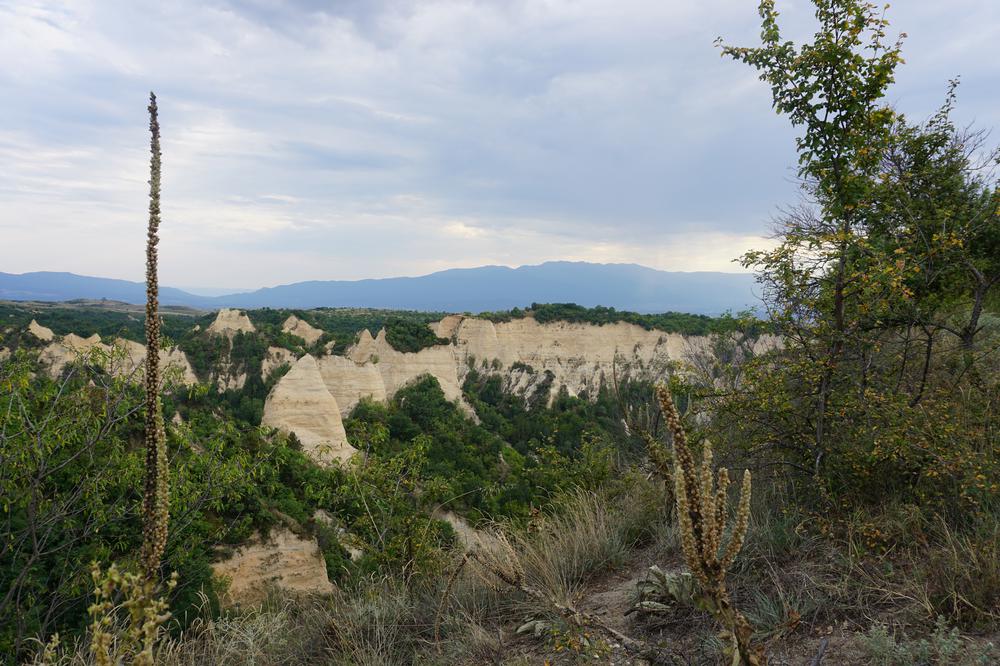 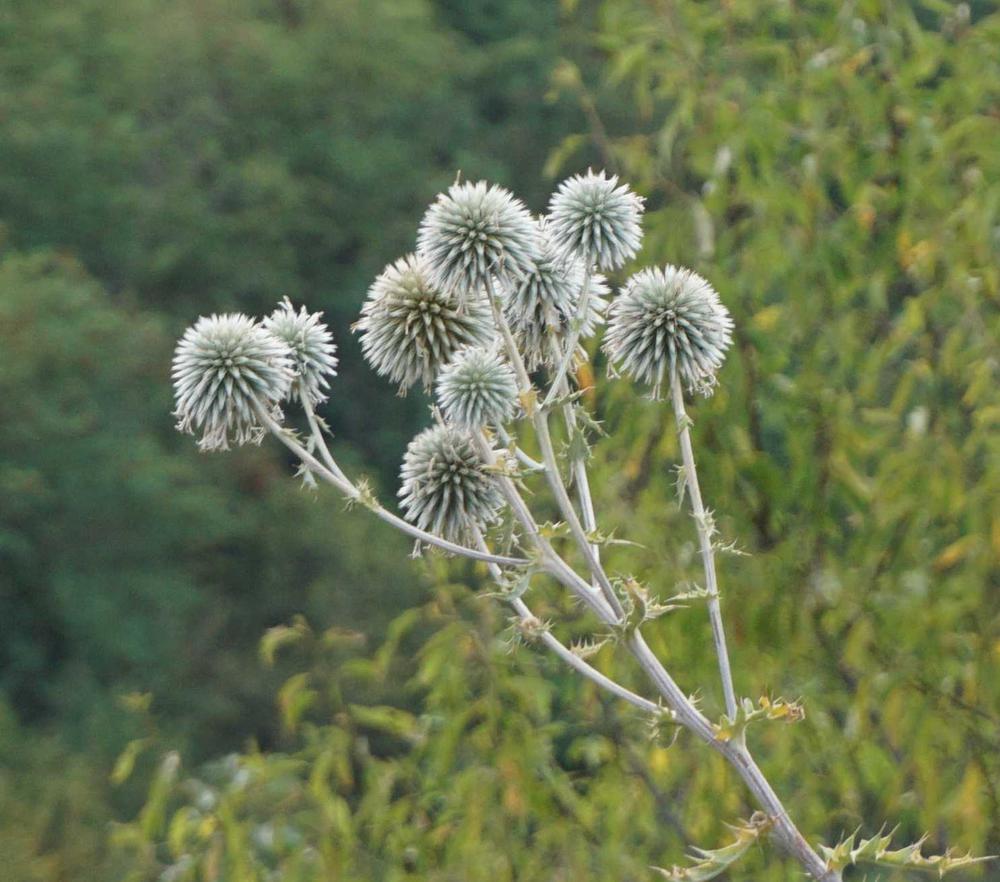 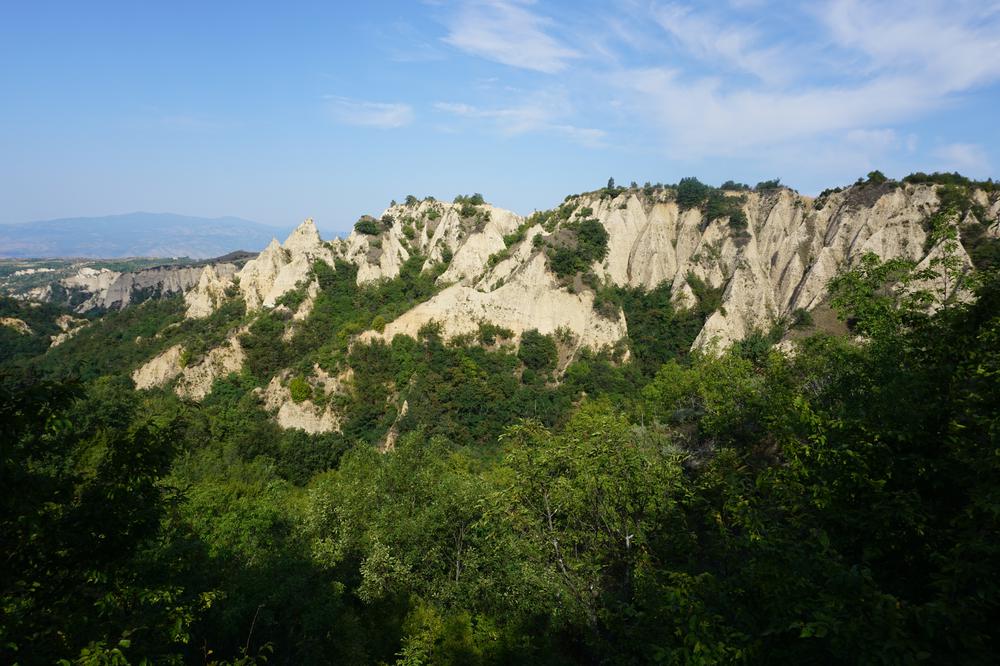 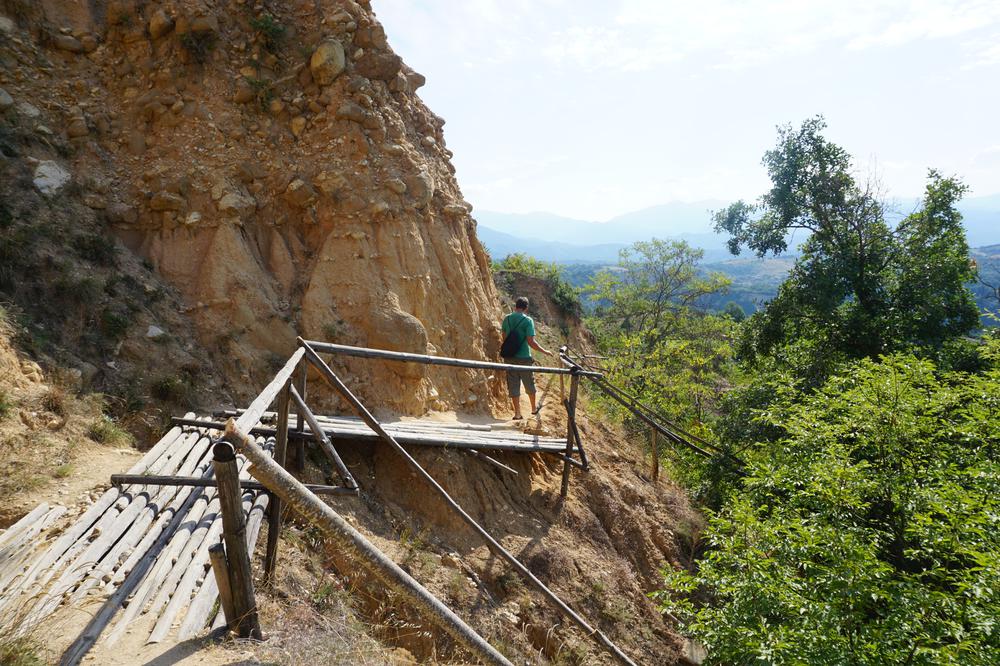 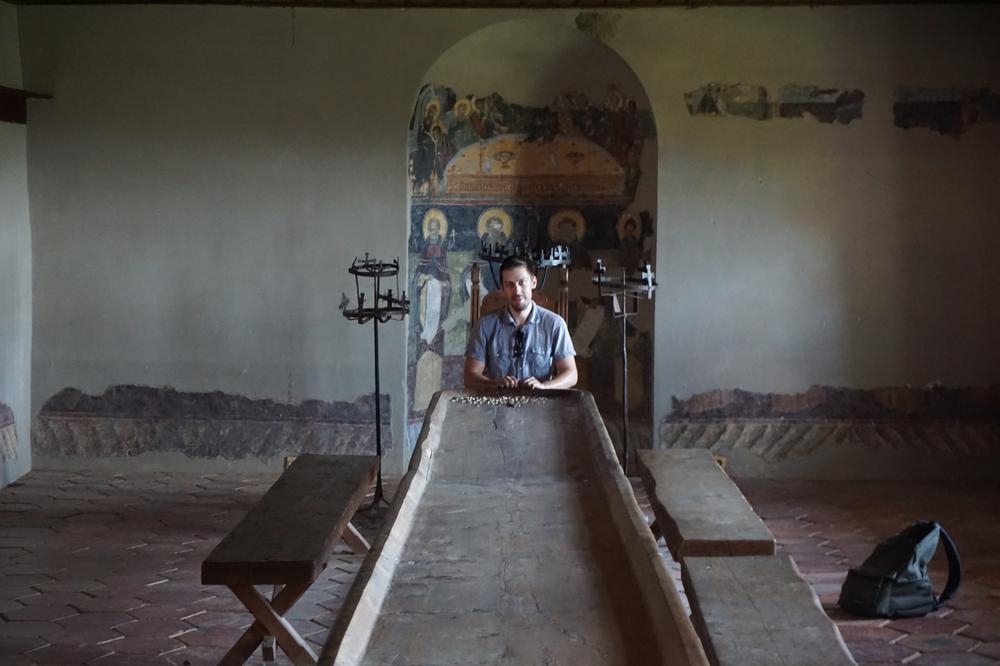 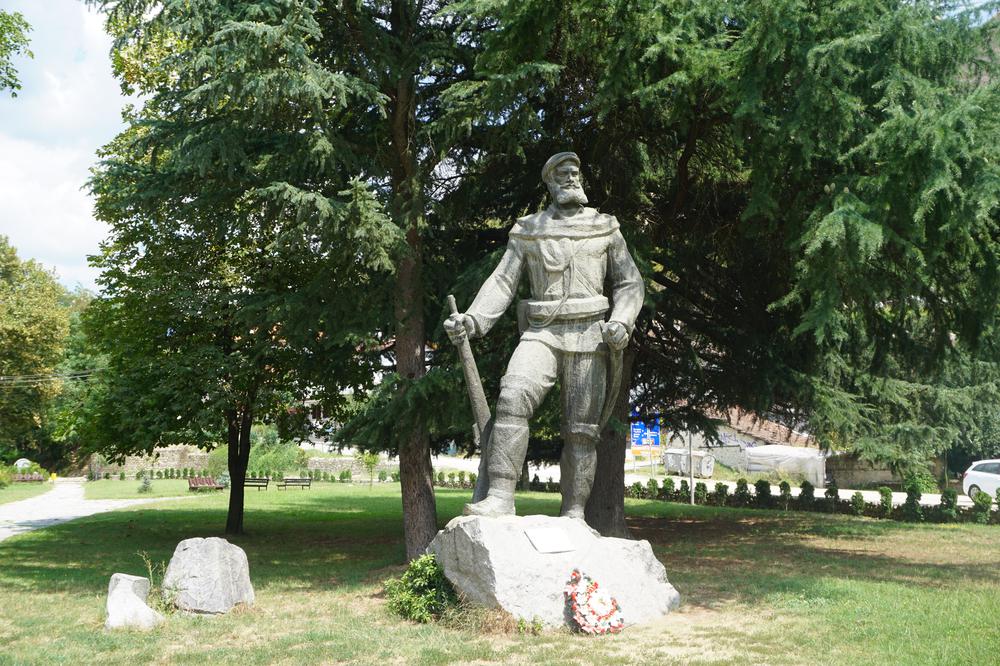 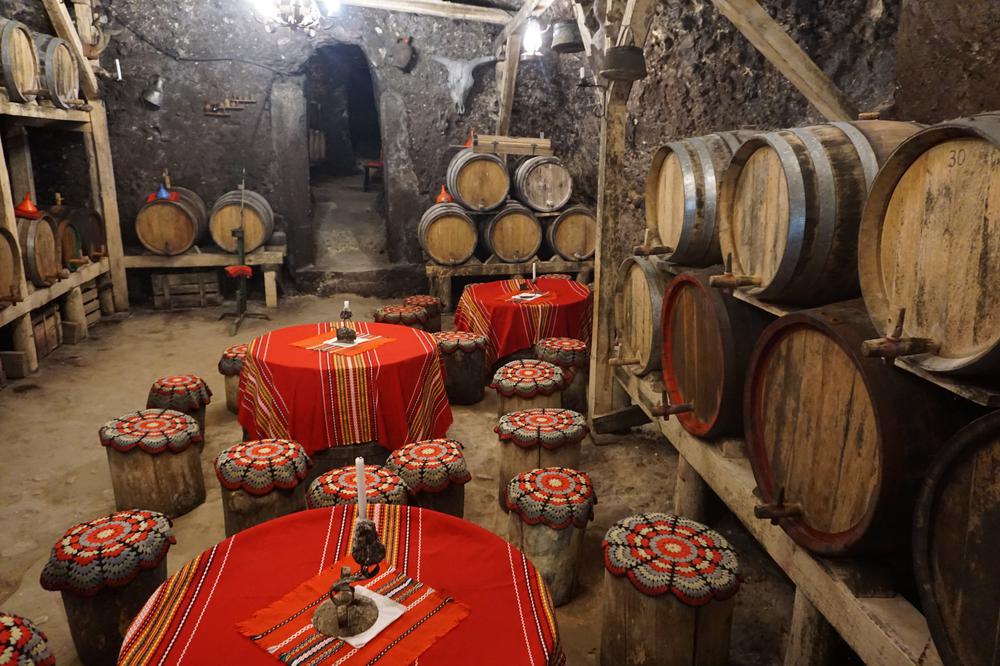 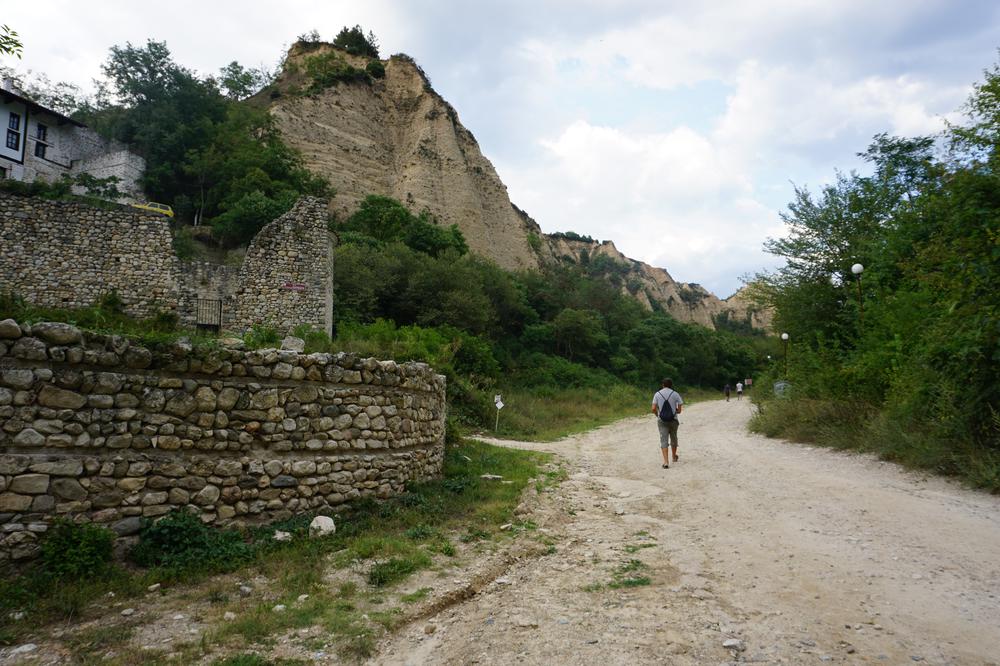 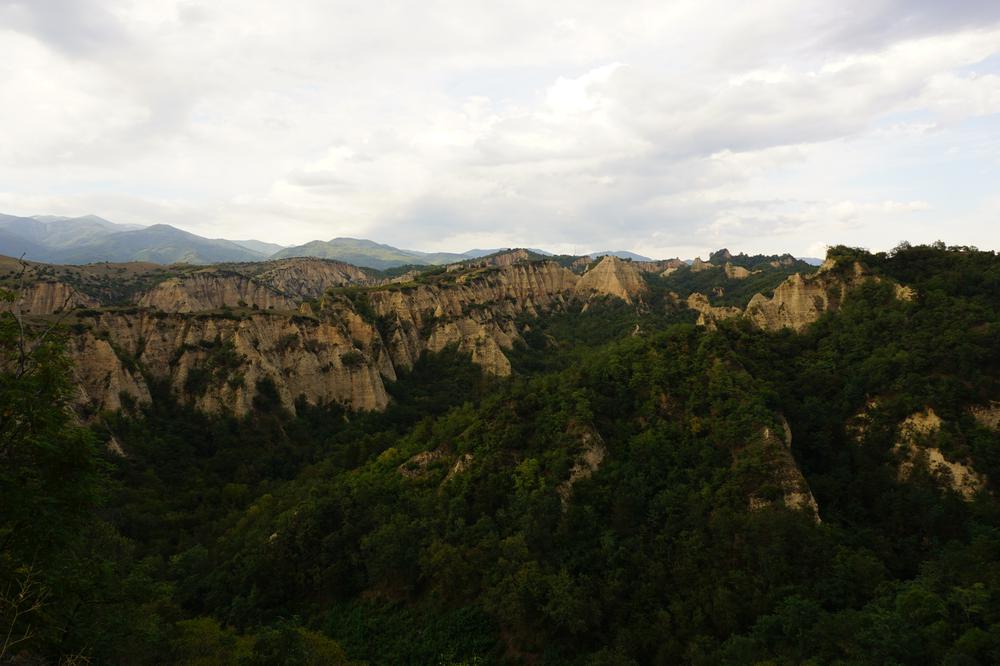 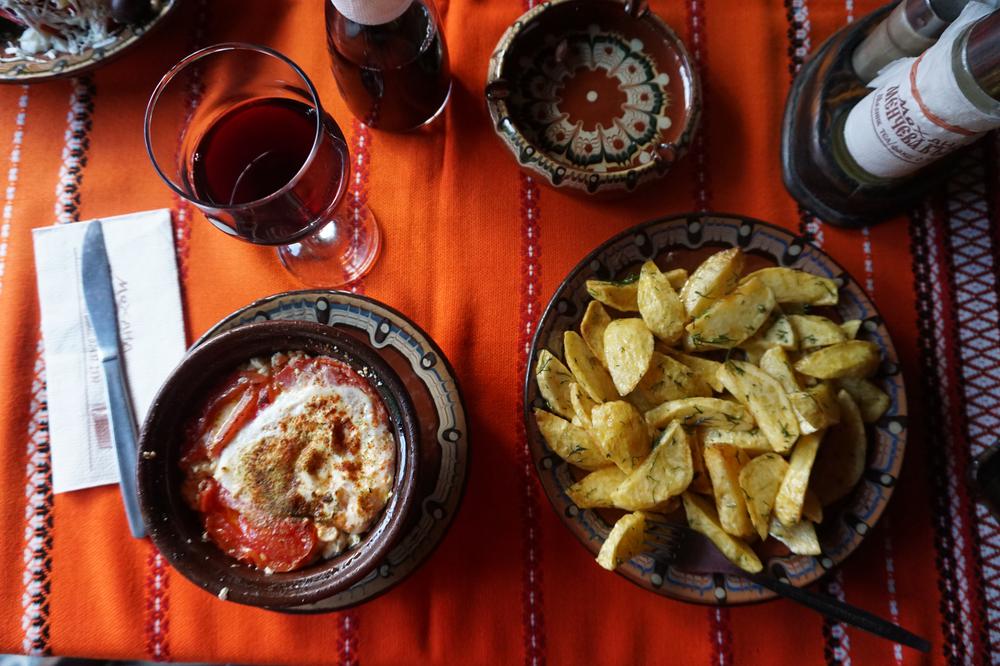 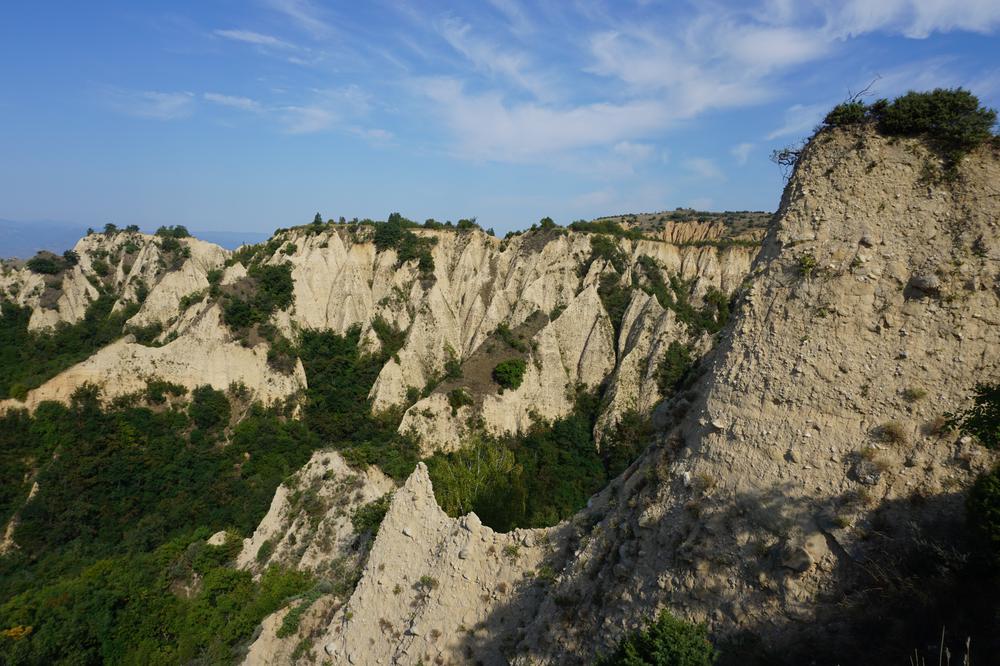 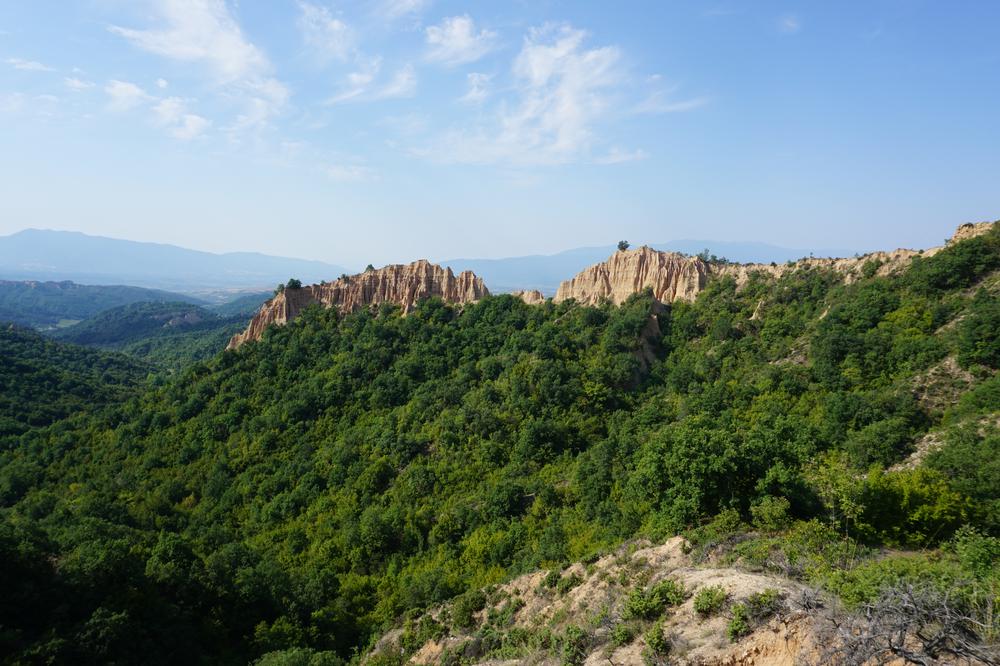 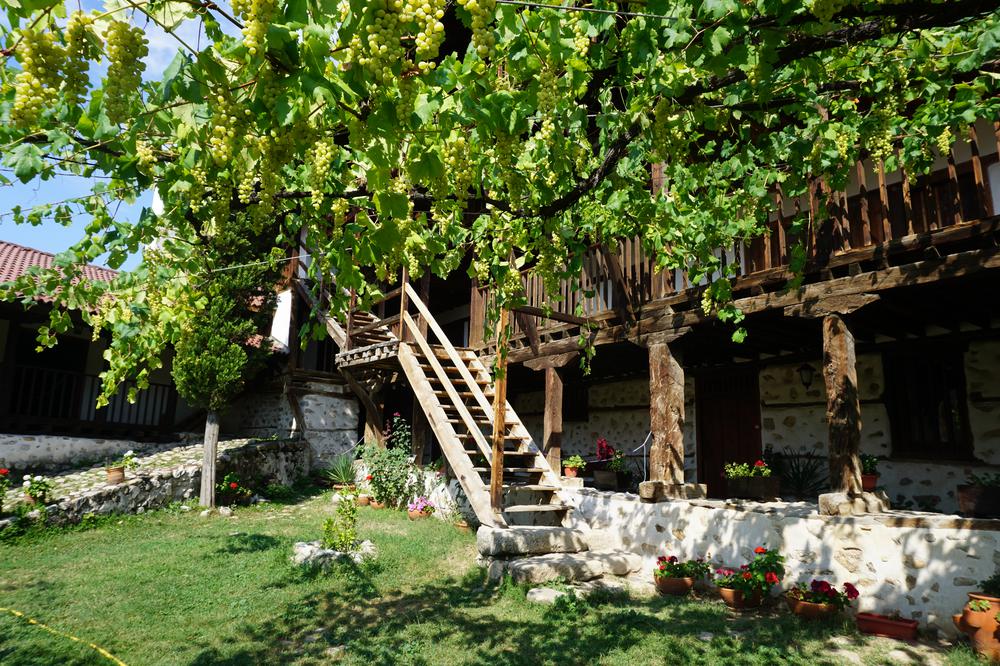 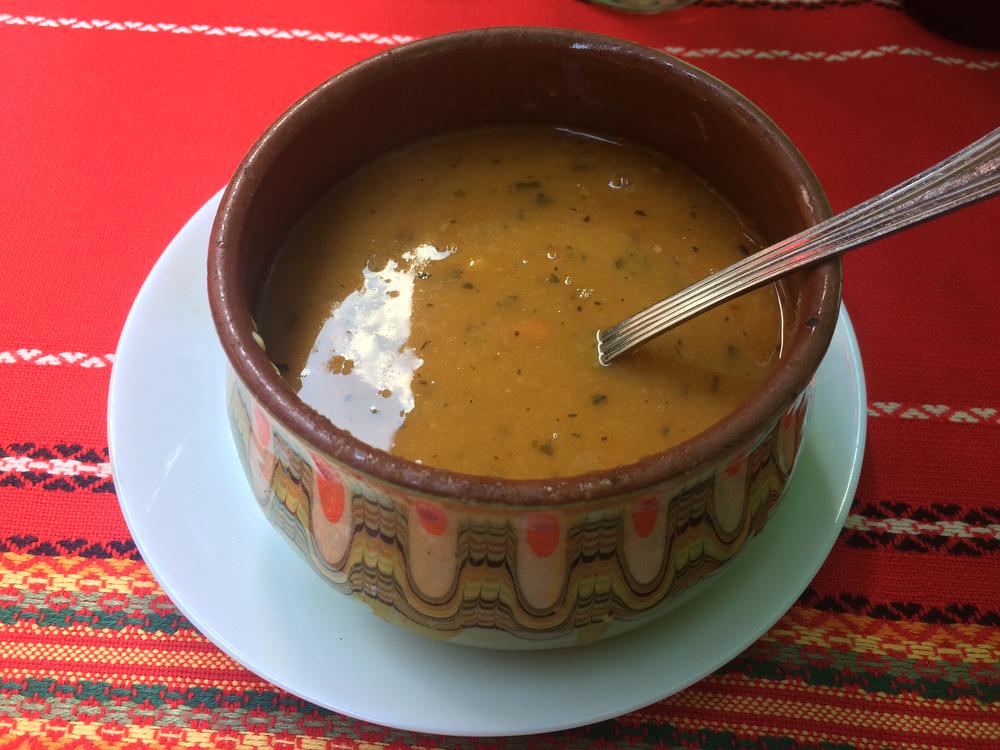 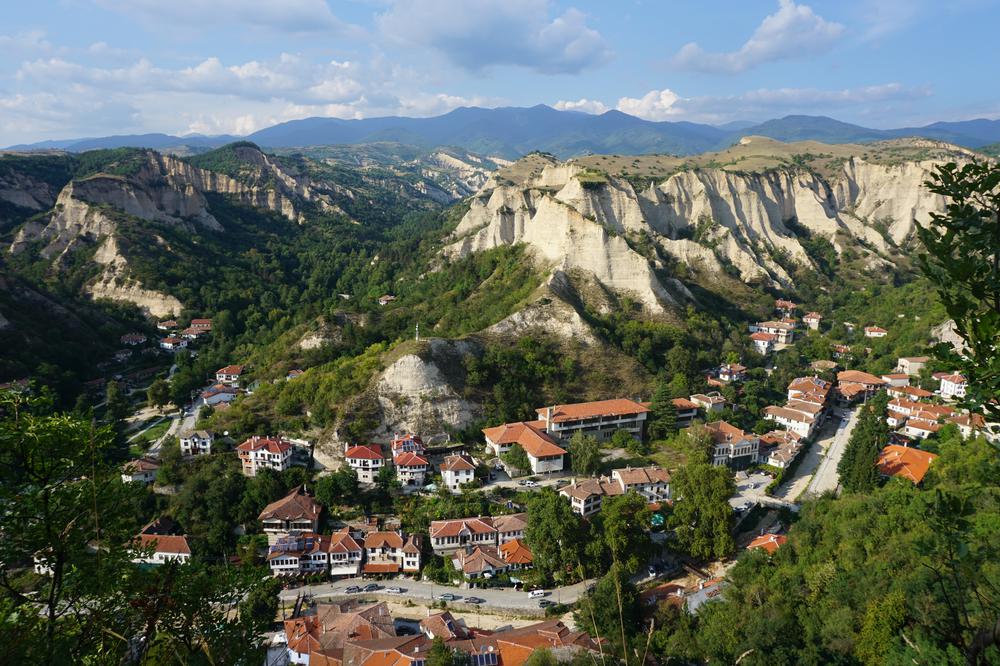 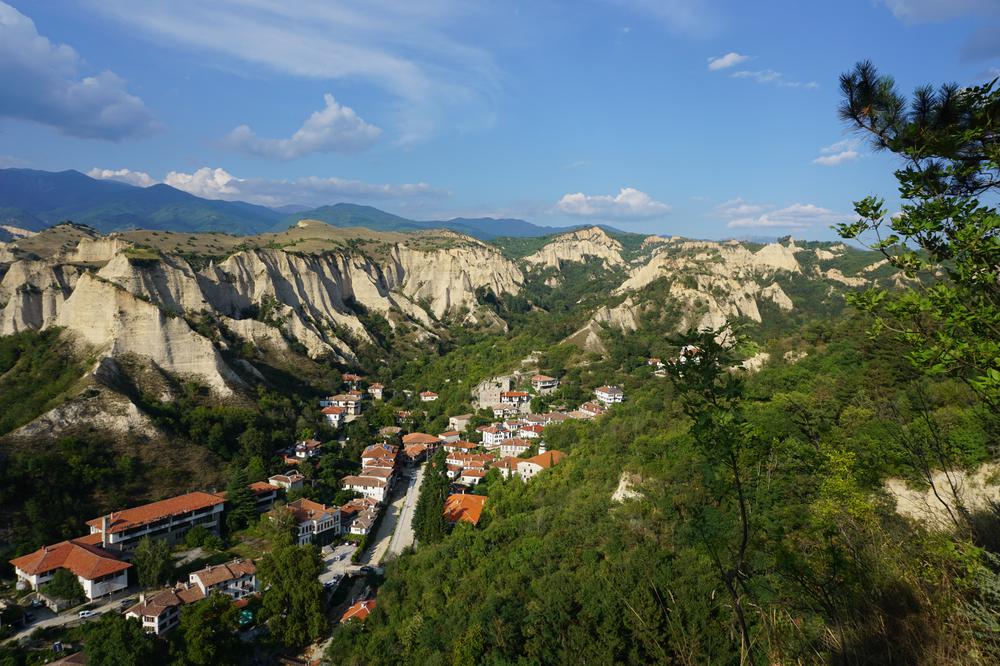 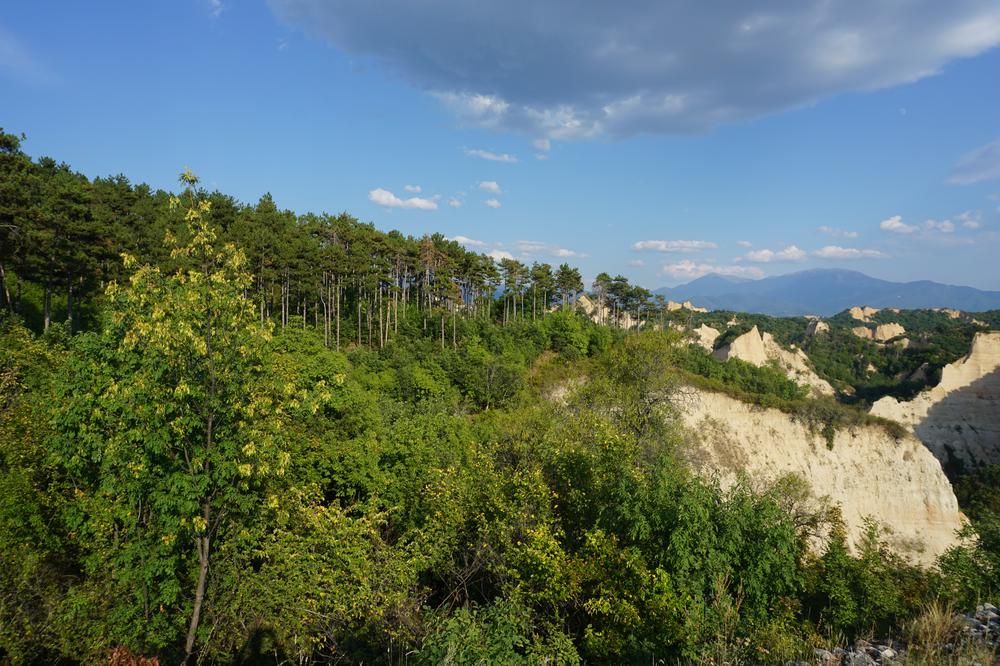