Working in a Warehouse in Melbourne 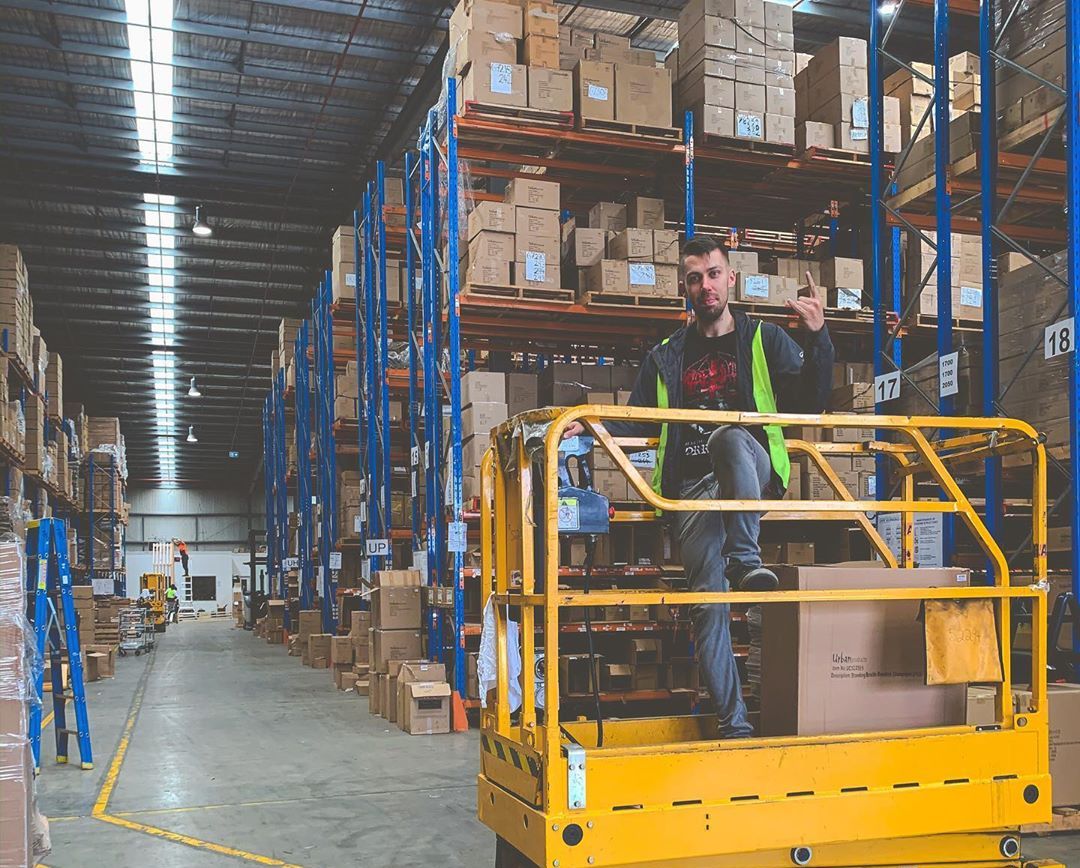 Job offer shortly before I was about to leave Australia already

I was about to finish my yearly working holiday in Australia because during 5 months I had seen everything I wanted to see in Australia and the job search was progressing so badly that I had little hope of being hired. So I started regarding my time in Australia as a bit of a failure asy my goal was to earn money.  Fortunately, my French buddy Etienne was eventually able to get me a job after all. Still a lot in Australia is done through personal contacts, writing applications for small backpacker jobs seems almost pointless.

Without any interview or personal contact to the boss, I was able to start just 2 days later in a warehouse in Melbourne for a company called Urban Products. I ended working for this company for 4 months. At that time I was still in Darwin in the very north of the country. I immediately booked a flight down to Melbourne which took off just one day later and after 5 hours in the air I arrived in Melbourne in the early morning.

Warehouse for household goods and gifts

My mate told me that my start would be delayed for another day because the container from China had not arrived yet. I didn't even really know what kind of products were actually stored in the warehouse. On my first day my friend could not accompany me, because he was working at another location. He sent his British buddy Jack, who was waiting for me at the bus stop, very early in the morning shortly after 6 am. The bus took us over the highway to a suburb of Melbourne called Brooklyn within 20 minutes.  We walked a few hundred meters under a big highway bridge and arrived at a big industrial complex with lots of warehouses. Through an ordinary back door we entered our warehouse. It consisted of about 8 aisles and measured approximately 400m².

Urban Products is a leading wholesaler of gifts and household goods. Since its formation in 2007, the company has found its niche in a crowded market within the Australian and New Zealand home and gift industry. In recent years, the company has grown rapidly and been forced to move to larger and larger warehouses.  A large part of the products originates from China, only the cushions are made in India. The company mainly sells pots, vases, mirrors, candles, frames, care products, baby toys, scarves, Christmas decorations, jewellery, bamboo cups or tableware. Some of the products I liked quite a bit myself and are inspired by the Australian flora and fauna.

There were 5 permanent employees working in the warehouse. My instructor was Chris, a cool guy around 40, who had a funny Australian slang and was always ready to listen to some jokes. He was a musician and used to play in the metal band Grimlock together with Andrew, who also worked in the company. Sometimes we played our metal music on the local radio, much to the displeasure of the rest of the crew. We were all supervised by the oldest in the bunch, the meticulous workhorse, Mike, who prepared the items for shipment. A good vibe was provided by the jolly Brendan, who drank more than 2 liters of coke a day and loved to shout along with the radio's pop classics with full fervor.  He was the coziest of all, and I called him "bludgee", an affectionate allusion to a lazy person, as he almost never left his forklift. He was the childhood friend of the boss Richard. The boss was only a few years older than me and had a casual matelike manner, which led to a comfortable working atmosphere where you never had to feel pressured. In addition, there were some employees in the two offices in charge of product design or accounting. And the owner of the company was also based here.

Besides there were many temporary workers, the funny and crazy Zambian Agape, who later got fired. It always seemed to me that he was permanently on a trip. His best buddy Basia tended to be the more level-headed one. These 2 one time had a big argument with Andrew and it almost came to a brawl, only when the boss came in between, all went on fine. Besides, my buddy Etienne, a techno lover, and Jack  worked there. Later, in the course of my 4 months of working there, many more backpackers started to arrive. At the highest time there were about 10 backpackers working at this place. Because of the upcoming Christmas business the warehouse received dozens of orders and the company hired many employees to process them all as soon as possible. When I left the company in the end of November the busy Christmas period almost finished and only 1 other backpacker remained. I had an excellent time with them all, the atmosphere always felt good. On some Fridays we even went to the pub after work to have a few beers together. Some of the colleagues gambled away their salary at horse and greyhound races. The only one that annoyed me was the German-Afghan Milad, who talked nonsense all the time and always longed to be the center of the action with his eccentric nature.

Sequence of a working day

Exactly 7 am the shift started. For safety reasons, the use of mobile phones was only allowed during breaks. There were 2 of them: a "smoke-o", a smoking break for 20 minutes from 10.00 am to 10.20 am and an unpaid lunch break from 1.00 pm to 1.30 pm, where you could stay in the small break room. Most of the employees used the breaks for smoking.  In the beginning I also worked on Saturdays because they paid 1.5 times the usual wage, however, there only until 1.00 pm.  In the first 2 months I often worked far more than 40 hours per week. We got more than 26 AU$ per hour, which is pretty high for such an easy job. Australia pays the highest minimum wage in the world, no wonder that so many backpackers come here for working holidays. For some jobs like construction worker or electrician you get even more per hour.

You can imagine my task like this. You receive an order with a list of articles and their quantity. With a big trolley you then walk through the warehouse, look for the article by the article number and load the desired quantity onto the trolley. Then you go to a bench to pack the items well so that they are not damaged during transport. As the company sells many fragile items, such as pots and ceramics, special care needs to be taken. The small items, which are contained in a small cardboard boxes, are therefore placed in a larger box again and then padded from all sides with a 1-2 cm thick layer (e.g. with paper, polystyrene or bubble wrap). You have to take care not to put too much stuff on one side, because then too much of the package volume is wasted and the customer has to pay more (which of course he doesn't want). In addition, you better not make the packages weigh more than 15 kilos, so that even the women who work in the shops can still lift it. Most of the time the orders included many articles, because we did not deliver to end customers but mostly to shops, which had to order a certain minimum quantity of each article. Orders worth several thousand AU$ were normal.

If you don't find an article, you ask one of the forklift drivers to bring the article down from above, where the articles are also stored for reasons of space, but which are out of reach by hand from the ground. Later on I learned to use the scissor lift, a mobile lift with which I could reach the higher stored articles by myself. And if they are not there either, the article is crossed out as "sold out" or "back order". If it is a very large order, the delivery is combined into a separate pallet and the individual packages do not need to be measured and weighed. This is only necessary for small orders that are shipped "loose", but which are more susceptible to damage in transit.
Other tasks included emptying 40-foot and 20-foot shipping containers, of which about 1-2 per month arrived from China.

The picking of the articles was more fun for me than just packing, where you just stand at the bench and try to find a suitable box for the many small boxes. In addition, the warehouse often cooled down extremely, especially early in the morning, so it was nice to walk around and search for the articles.

Not paying for the public transport to work

Often we boarded the bus to and from work without validating the myKey card, because we did not want to pay those 8+ AU$ every day.  Anyway, it was only one stop and most of the time inspectors appear in clothes where you can recognize them immediately. Once we saw them already sitting in the bus and we all validated our myKey card, except one of our colleagues who didn't even have one. He had to pay a fine of over 200 AU$ and the inspectors even checked if he lived at the place he had stated. If the bill is not paid, you will run into trouble when you leave the country at the latest and then things will get really expensive! 2 months later we always had to take train + bus, because they stopped the other bus (probably because nobody had ever paid), but he was usually much too late anyway, because he often got stuck in a traffic jam near the highway. Sometimes we even had to share an Uber to get back to the center.

Praised as the "ideal employee"

The work was not difficult, a bit physical and monotonous, but that's ok. The time at work always passed surprisingly fast for me. I always had to get up very early, around 5.30 a.m. On the other hand I completed my work early, so I got home around 4 to 5 pm. The good thing about this job is that after the workday is finished you can completely relax. In my previous engineering job I wasn't able to do so. Most of the time I took a little nap after work, so that I could go out in the evening and didn't usually go to bed before 11 pm. I always enjoyed going to work.

At my farewell at the end of November 2019, the boss awarded me as best seasonal employee of the year and described me as the "ideal employee", as I did my job conscientiously and without much fuss, in the well-known "excellent German discipline". In fact, I was the only one in the crew to receive an extraordinary bonus payment. 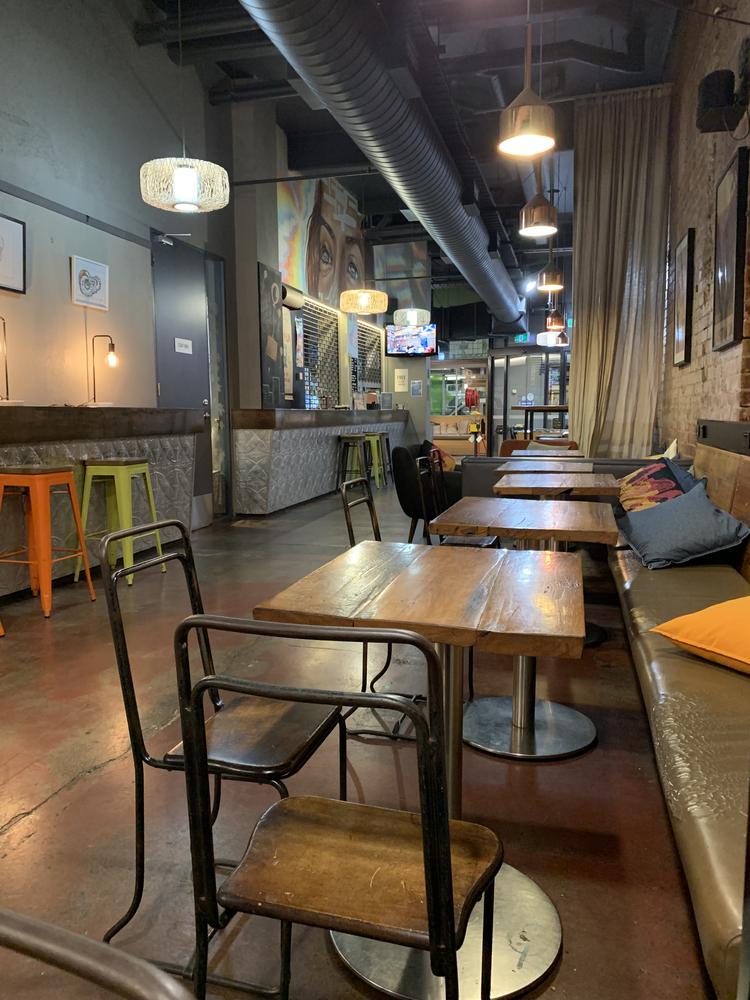 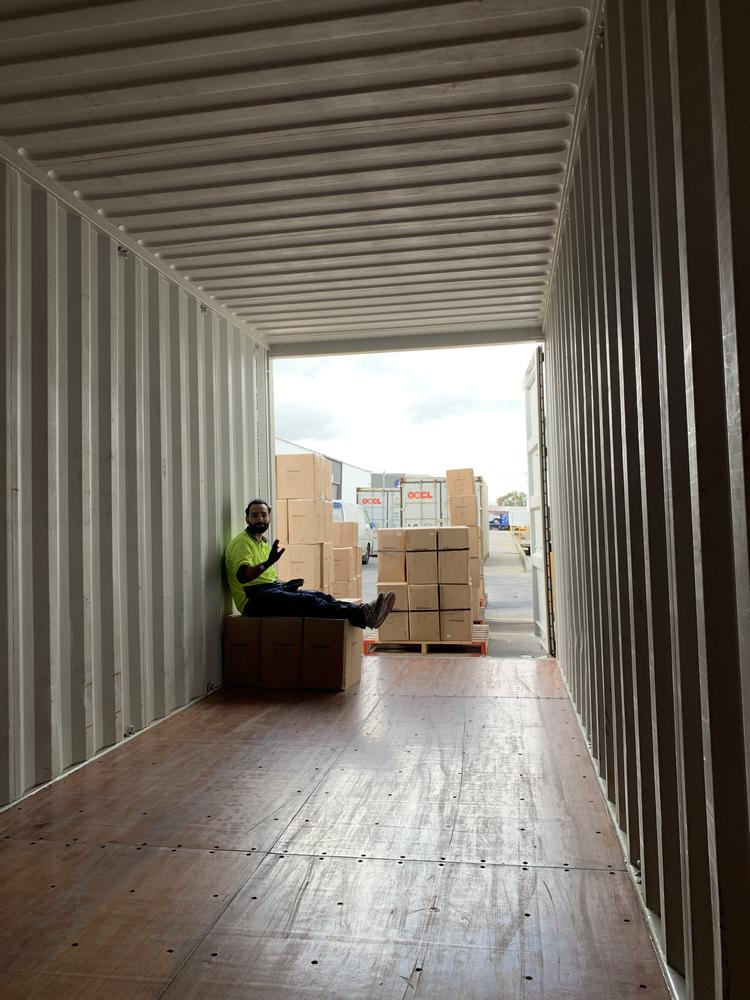 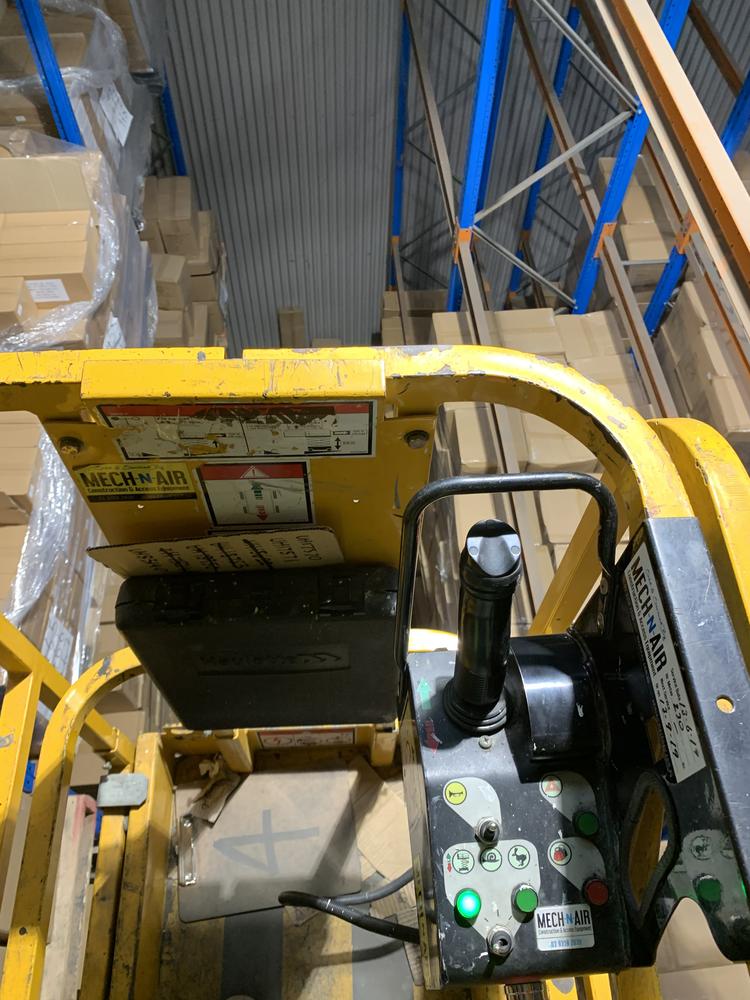 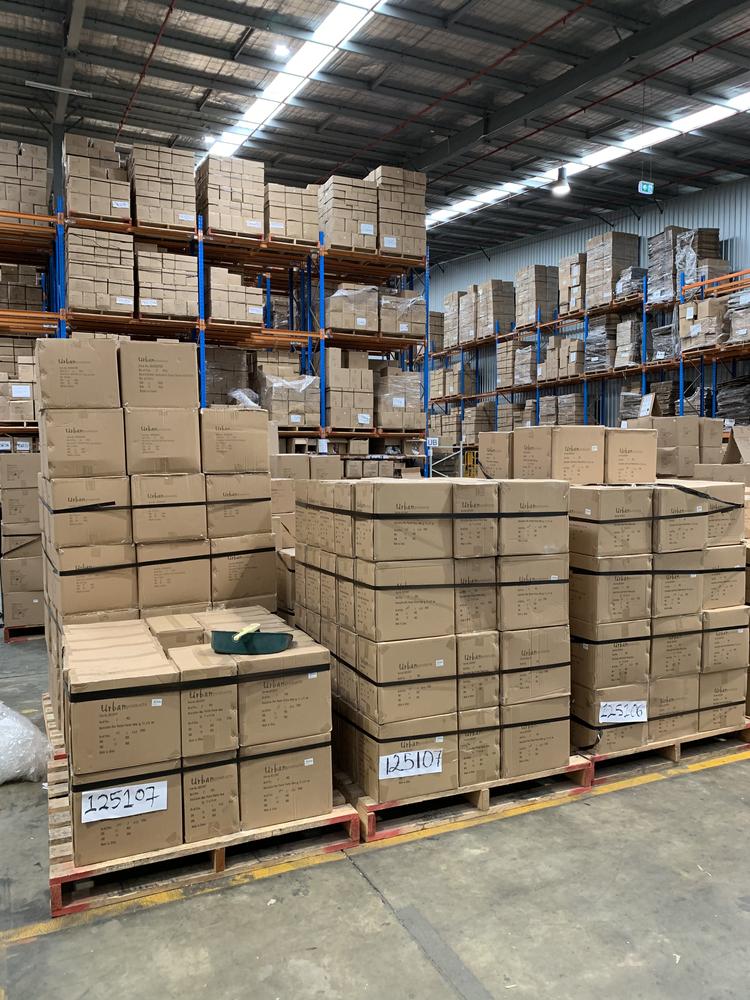 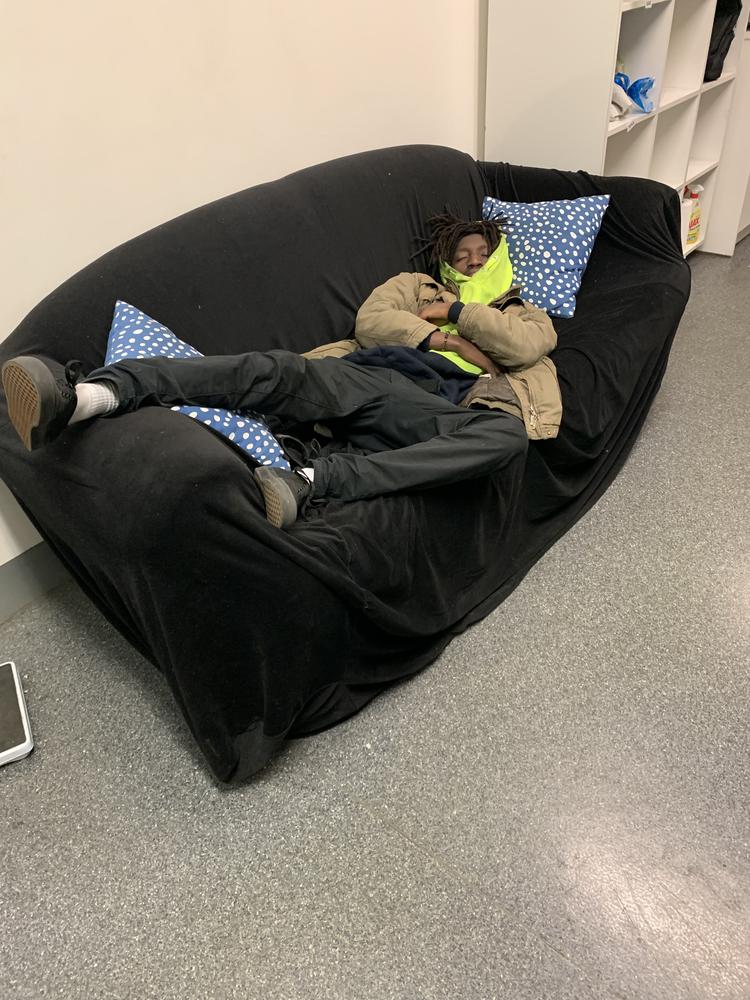 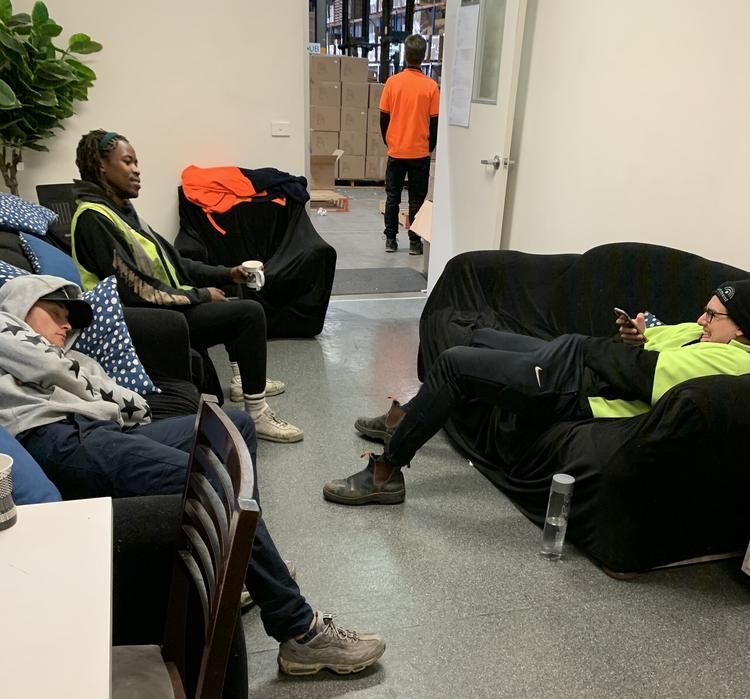 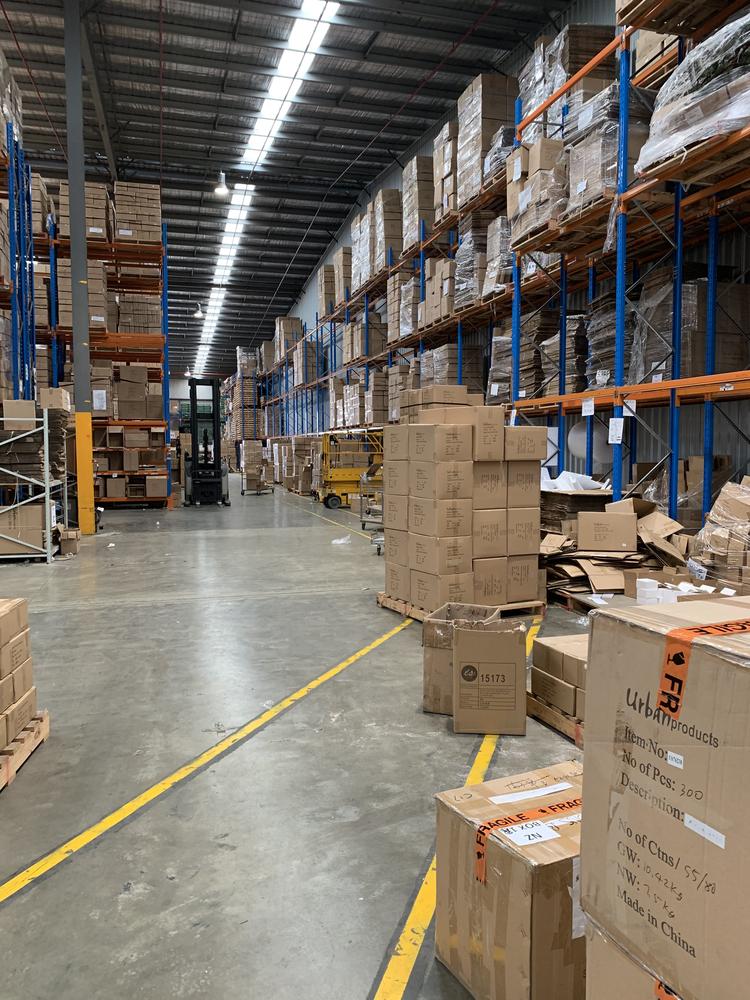 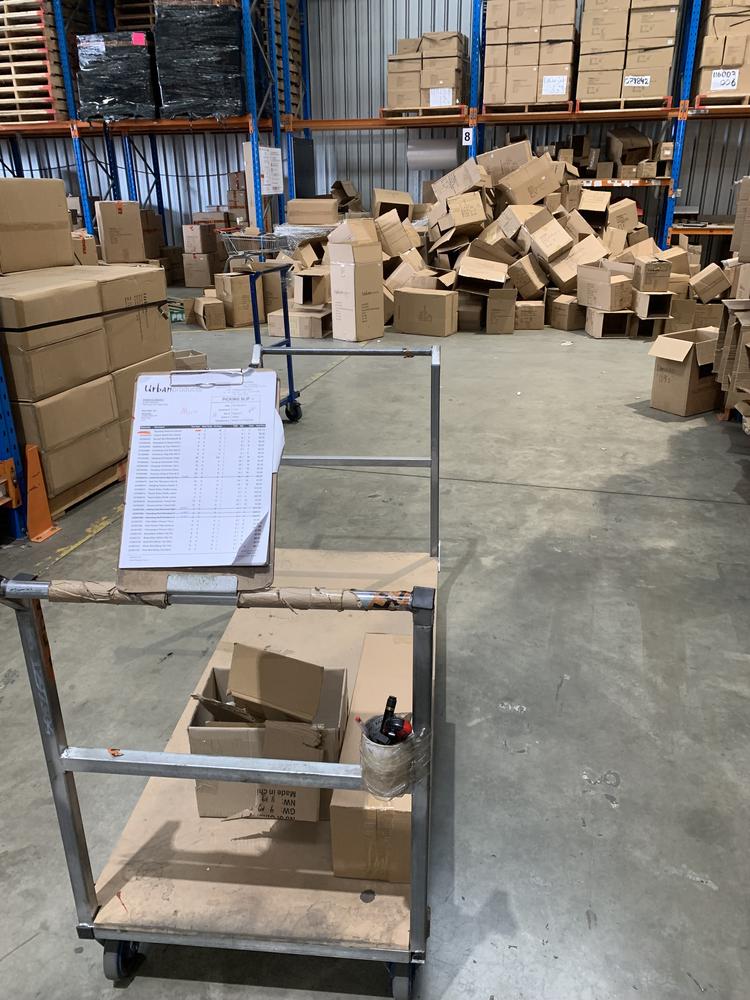 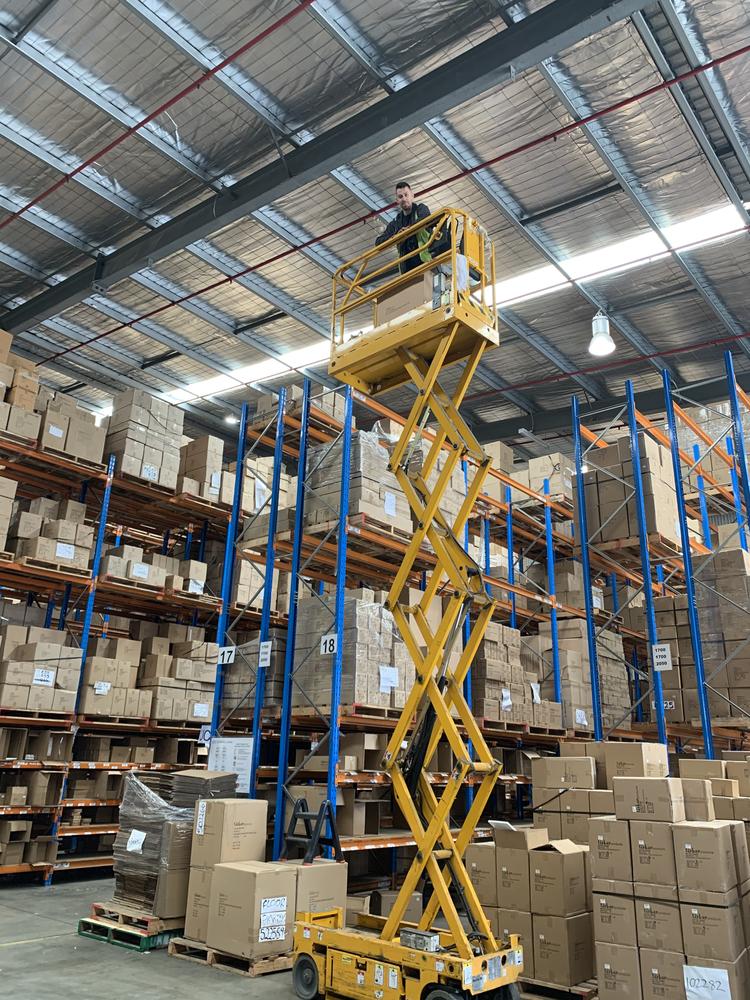 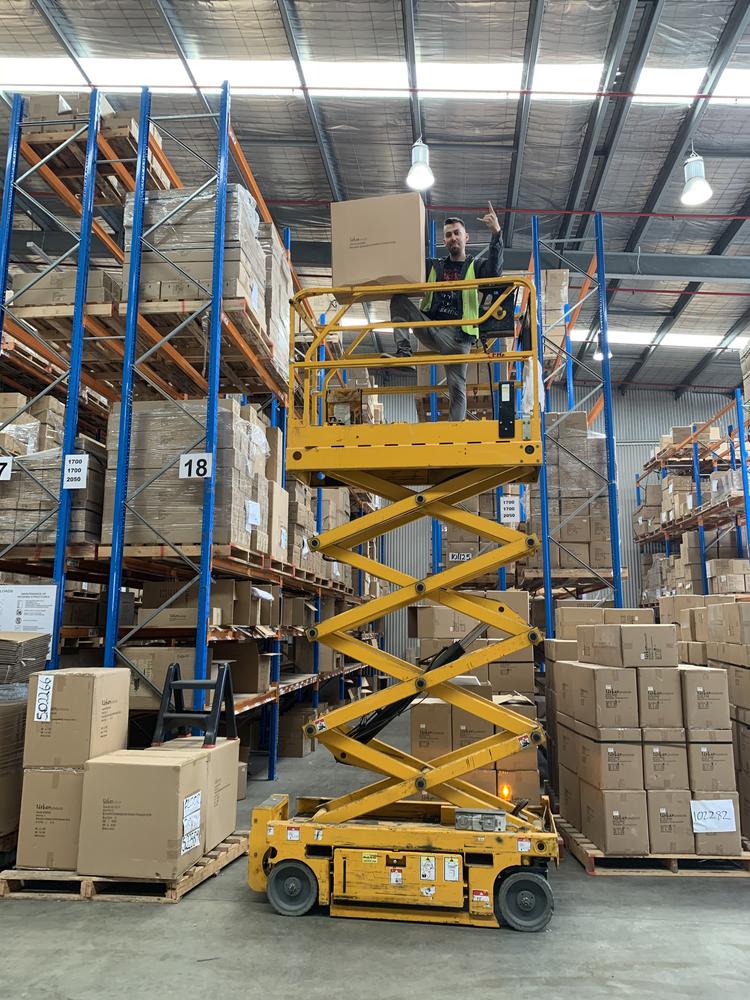 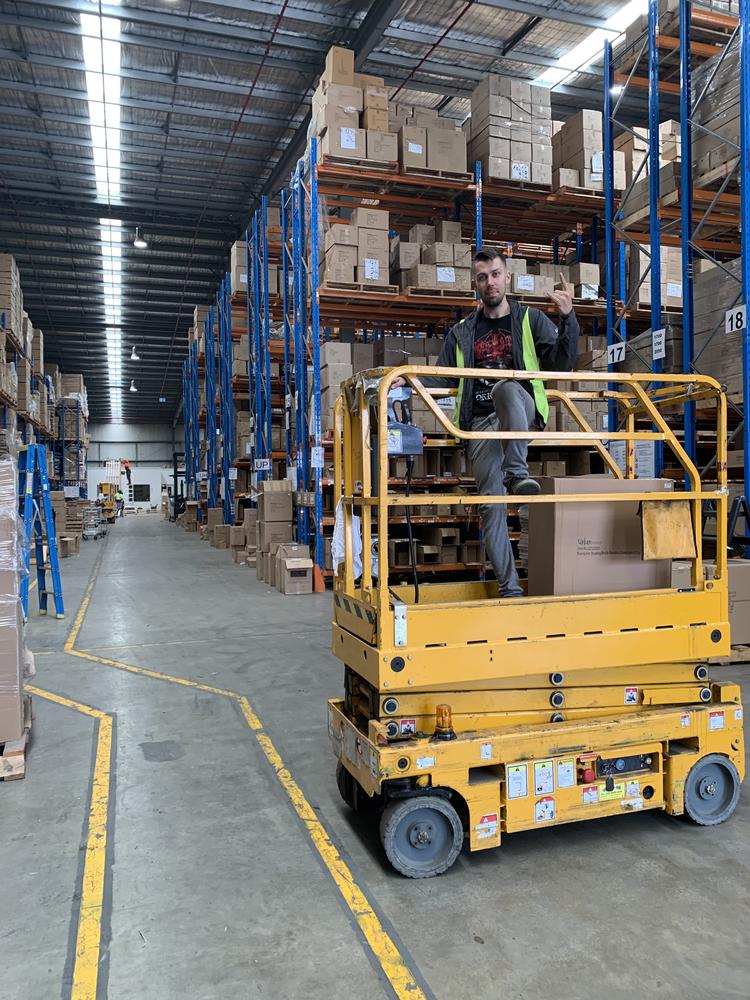